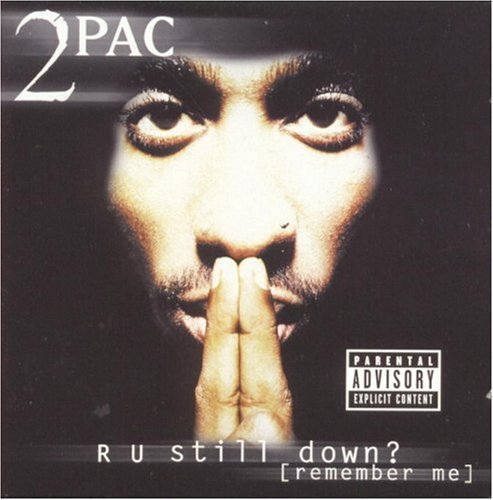 Influential rapper Tupac Shakur (a.k.a. 2Pac) topped the charts with singles such as "California Love" (with Dr. Dre) and albums totaling over 13 million units sold in the U.S. alone. More than just a musical figure, 2Pac appeared in films (Poetic Justice, Gridlock'd, etc.) and made the covers of Vibe and Rolling Stone. Despite his untimely death, 2Pac left an impressive body of recorded work; this double CD/cassette release presents 100+ minutes of rare and unreleased songs from Tupac's personal vault. 1st single/video: "I Wonder If Heaven Got a Ghetto."

''R U Still Down? (Remember Me)'' is the first posthumous album by 2Pac, released in 1997. Although it is the second album release after his death, it is the first to be finished without the creative input of 2Pac. Having left a large body of work behind, this was the first release from his mother's new imprint Amaru Entertainment, set up to control his posthumous releases. It spawned two hit singles, "Do for Love" and "I Wonder If Heaven Got a Ghetto", the former of which (Do For Love) has been certified Gold by the RIAA. The album eventually reached multi-platinum status, a trend that some of his subsequent posthumous albums would follow. - Wikipedia