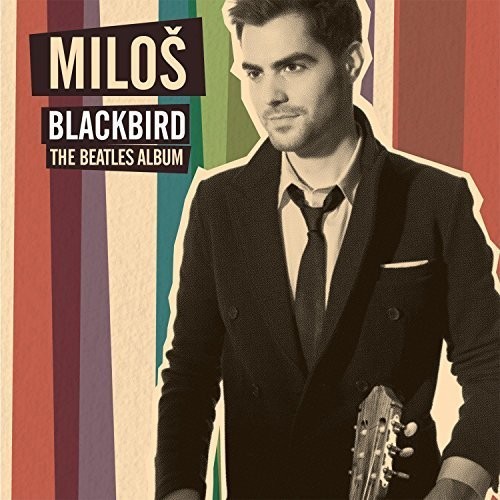 After delighting audiences with the core-classical heritage of the guitar in his three previous albums, award-winning guitarist Milos Karadaglic now makes a thrilling new departure. He performs innovative new arrangements of songs by the Beatles, collaborating with celebrated artists from the pop, jazz, classical and world music fields, including Tori Amos, Anoushka Shankar, Gregory Porter, Sergio Assad and Steven Isserlis. Songs include Blackbird, Come Together, While My Guitar Gently Weeps, Eleanor Rigby, Fool on the Hill and many others.

The album was recorded in the famous Studio 2 of Abbey Road Studios, where the Beatles recorded almost all of their songs. The sessions also used some of the original microphones. The spirit, the whole magic of this space was truly intoxicating. It was a bit like they were all there, says Milos.

Popular guitar arrangements of Beatles songs have existed before, not least the contributions of such notable composers as Takemitsu and Leo Brouwer. Nevertheless, Milos was determined to give this project his own unique contemporary spin. He decided to bring together a very select group of arrangers and musicians from very different areas of music, aiming to create an entirely new sound.

He had no hesitation in asking the legendary Brazilian guitarist-composer Sergio Assad to create the guitar arrangements. Sergio has done an incredible job. His arrangements perfectly capture both the simplicity and complexity of the songs in such an effective, idiomatic way. Assad provided all guitar arrangements on the album except for Yesterday for which, as an homage, Milos returned to the Takemitsu version he had first played as a student.

Tony Award-winning orchestrator and composer Christopher Austin, a friend from his student days at the Royal Academy, has contributed string arrangements for three iconic tracks. Jazz bassist Chris Hill (who has worked with Jamie Cullum, Annie Lennox and others) provided improvised bass parts to several songs. Working with Chris was altogether a new experience. I never realized how naturally complementing our instruments really are. On Come Together, he even encouraged me to improvise, which I had never done before- I just loved it.

Milos is delighted at the collaborative nature of the project. The partnership between George Harrison and Ravi Shankar was one of the most important cross-culture collaborations in music. Inviting his daughter Anoushka Shankar, who is one of my absolutely favourite musicians to join me on Lucy in the Sky with Diamonds was a real no brainer. The project also marks the first time Milos has worked with pop vocalists. She s leaving home with Tori Amos was a deeply emotional experience... I could not have asked for more. Musically, this project has been the most fun I ve ever had.