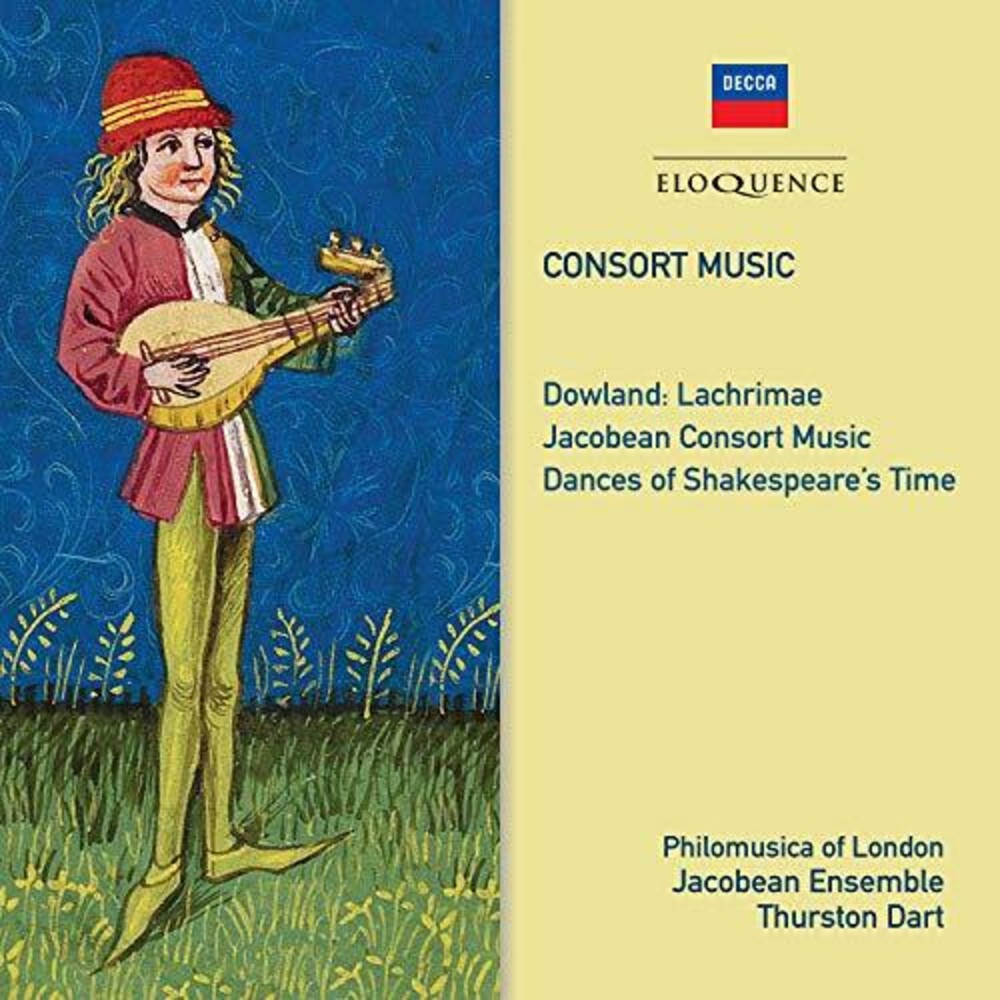 A feast of melancholia: three L'Oiseau-Lyre albums of early English chamber music from the dawn of the period-performance era, newly remastered and compiled together for the first time with much material new to CD. With this and several other albums issued in 2019, Eloquence celebrates the art of Thurston Dart, the harpsichordist, conductor and editor who played a leading role in the early-music revival in postwar Britain. After his death in 1971 at the age of just 49, his fellow harpsichordist Igor Kipnis paid fulsome tribute to 'a man of many parts', whose 1954 volume on The Interpretation of Music had attained testamentary authority among his fellow musicians, matched by the skill, style and flourish of his many recordings. 'He was the ideal musicologist-performer.' Thurston Dart prepared the performing editions of nearly all the music on this 2CD compilation, but he struck a fine balance between scholarly rectitude, practical concerns and a performer's instincts. For the 1957 album of Lachrymae he rearranged Dowland's original sequence of seven linked pavans (all in the same key) followed by 14 other pieces, and produced instead an extended and varied dance-suite, representing the introvert and extrovert sides of the composer side by side. Mixing old and new instruments, he directed a modern string band playing with old-style bows, plus viols, lute and harpsichord. From the mid-1950s also date the albums of 'Jacobean Consort Music' and 'Dances from Shakespeare's Time' which feature secular tunes and dances by the likes of Gibbons, Holborne and Hume as well as lesser-known names such as Coprario and Brade, all drawn from a variety of sources - in the case of the Consort Music, the scholarly volumes of Musica Britannica in which Dart was a prime mover. Unavailable for decades, now receiving their first release on CD, they fill out our picture of Dart as, in the words of HC Robbins Landon, an excellent director and 'a wizard at any keyboard'.