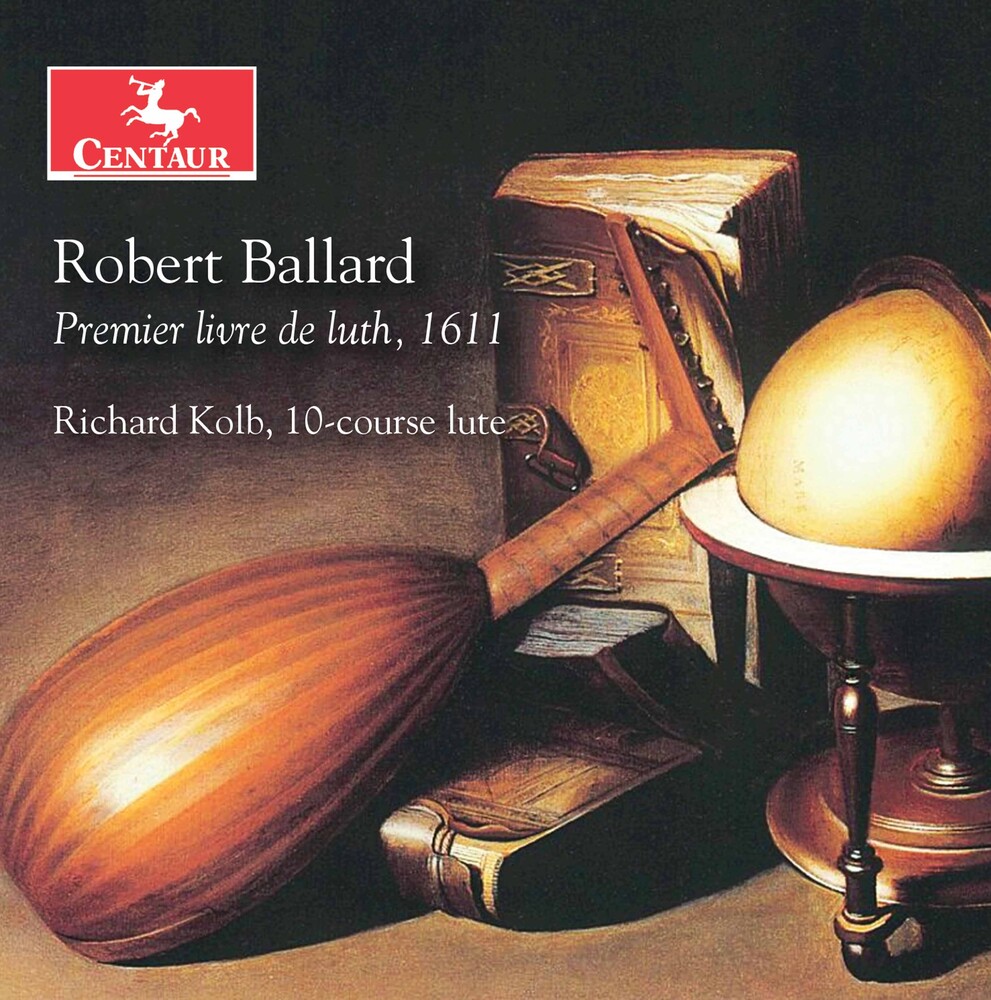 Robert Ballard was one of the most famous lutenist-composers of the first decades of the seventeenth century, during which the lute was the favored instrument of the Parisian aristocracy and upper bourgeoisie. Richard Kalb loves this literature, and it clearly shows in these loving performances. Richard Kolb has performed throughout North America and Europe as a soloist and with a wide variety of Baroque and Renaissance ensembles. He was principal lutenist of the Carmel Bach Festival for eight years, and has performed frequently with Opera Atelier, New York City Opera, Les Musiciens du Louvre, Chicago Opera Theater, Waverly Consort, Handel & Haydn Society, Pegasus, and Concert Royal. He completed a Ph.D. in musicology at Case-Western Reserve University in 2010, and has published widely used editions of music by Barbara Strozzi and Antonio Francesco Tenaglia. Kolb teaches harmony and continuo, and serves as scholar in residence for the NY Continuo Collective, whose fall project in 2015 featured performances of works by Strozzi using his editions and scholarship.