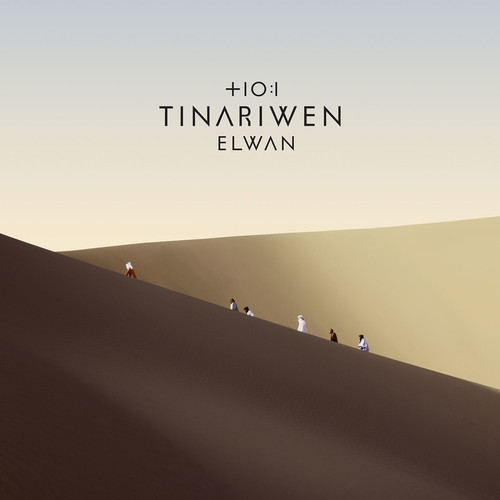 For the last five years, Tinariwen have been busy criss-crossing the globe bringing their triumpant tours to all five continents and expanding their audience. During this time their beloved homeland in the Adrar des Ifoghas, a Saharan mountain range that straddles the border between north-eastern Mali and southern Algeria has, in effect, been transformed into a conflict zone, a place where nobody can venture without putting themselves in danger. These conflicts have forced the band into exile to record their 8th album, Elwan. Elwan means ‘the elephants ‘ - an animal metaphor to describe those ‘beasts’, whether militias or multinational consortiums, who have trampled everything in their path: in the desert, where both the human and ecological equilibriums are extremely fragile. Tinariwen chose to record this album is several locations around the world, including for 4 days at the desert hideaway of Rancho De La Luna studio in Joshua Tree, CA, the studio known as a favored refuge for many an eclectic artist from Queens of the Stone Age to Daniel Lanios to Arctic Monkeys to Iggy Pop and more. For Tinariwen, the geographical location of the studio proved to be particularly propitious in terms of creativity. And the human climate was just as favorable. A few friends dropped in during the sessions to add some magic to a few tracks including, Kurt Vile (electric guitar), Mark Lanegan ( Vocals on ‘Nąnnufląy’), Matt Sweeney (electric guitar) and producer/guitarist, Alain Johannes (Cigarbox guitar). Sessions were also recorded in Morocco, where the band were accompanied by local musicians, in a land where they are considered musical legends. Lovers of those sensual yet abrasive riffs that are Tinariwen’s signature won’t be disappointed. But neither will those who love their funky, danceable side, which comes through loud and clear. All that potential has been wonderfully honed by the album’s mixing engineer Andrew Schepps, known well for his work with the Red Hot Chilli Peppers, Johnny Cash, and Jay Z.