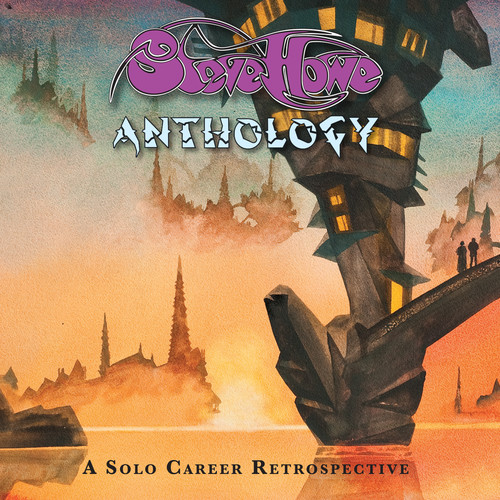 2015 two CD compilation from guitarist and Prog legend Steve Howe. Alongside his work on guitar in Yes, Asia and GTR and others, Steve also has an extensive back catalog of 19 studio solo albums, firmly establishing himself as a household name in the Prog genre. Guitarist Steve Howe played an integral role in shaping the sound of Yes and Asia, two of the world's most beloved and successful progressive rock bands. The gifted guitarist has also enjoyed a long and prolific career as a solo artist with more than a dozen studio albums to his credit. Howe has handpicked 33 tracks from his vast and varied discography for ANTHOLOGY, a new retrospective drawing primarily from the studio albums he recorded between 1975 and 2011. Throughout his career as a solo artist, Howe has demonstrated time and again his vast stylistic range, much like one of his guitar inspirations, Chet Atkins. ANTHOLOGY maps his musical journey across 36 years, 16 albums, and countless genres.