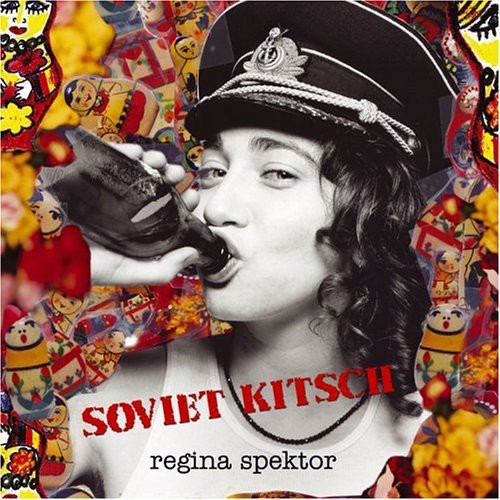 SOVIET KITSCH, the major label debut album from rising star Regina Spektor, was co-produced by Gordon Raphael. The DVD features four video snippets and a full video for "Ode to Divorce," plus footage of Regina on the streets of London and in the countryside of England.

Spektor writes oddly structured songs that can sound country, pop, folk, classical or art-damaged, often all at once. She's a formidable pianist, able to toss off memorable melodies at will, often accenting them with bits of Russian folk song, jazzy dissonant chord clusters or dreamy string arrangements. She rages full throttle about love's contradictions and faithless boyfriends on "Your Honor" backed by London punks Kill Kenda and croons gently with only her piano and voice on "Chemo Limo" a lullaby to a woman dealing with cancer and the effect her looming mortality is having on her children. Spektor often repeats words and phrases over and over, until they lose meaning, or take on new meanings that bypass the rational mind to tickle loose associations out of the murky grottos of the unconscious. There are times on the disc when Spektor's vocal quirks sound a little precious, but most of the time Kitsch is so original that her occasional lapses are easy to forgive, if only because it's refreshing to see an artist willing to take her vision to the edge even when she falters.