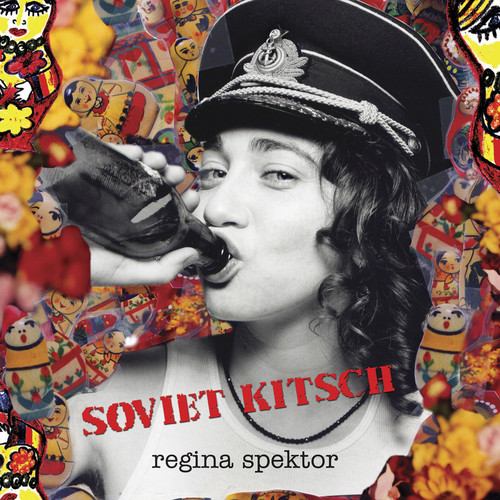 Vinyl LP pressing of this 2004 release. Imagine a female singer-songwriter-pianist for The Strokes generation. Imagine Regina Spektor, who has not only opened for The Strokes, but whose major label debut, Soviet Kitsch was co-produced by one of that band's producers, Gordon Raphael. Imagine a driven, complex, and endearing new artist with a sense of pop melody and clever songwriting, and with charisma to spare. Imagine no more. Regina was born in the Soviet Union where she began classical training on the piano at the age of 6. When she was 9 years old, her family immigrated to the United States where she continued her classical training into her teenage years; she began to write original songs shortly thereafter. After self-releasing her first three records and gaining popularity in New York City's independent music scenes, particularly the anti-folk scene centered on New York City's East Village, Spektor signed with Sire Records in 2004 where she began achieving greater mainstream notoriety.