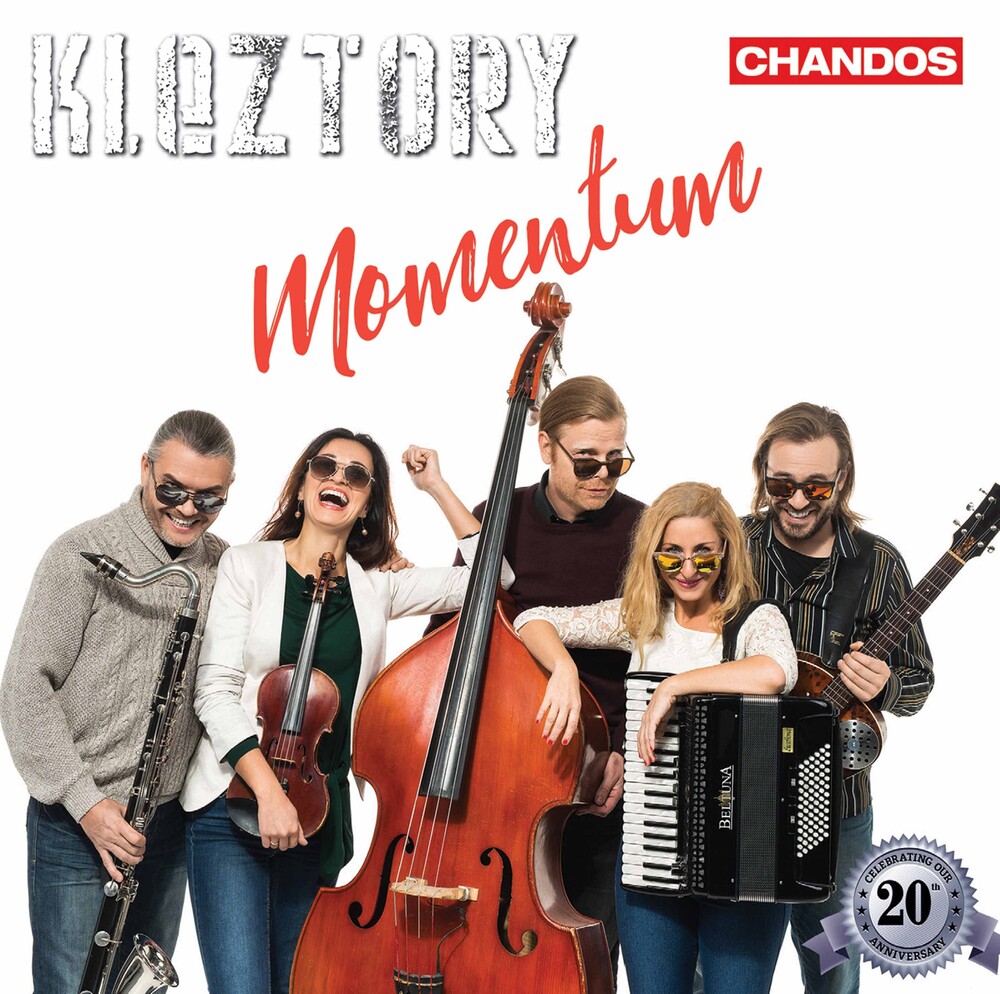 Originating in the villages and ghettos of Eastern Europe, klezmer has been played from the early middle ages. The Jews who emigrated to America in the 1880s to early 1900s brought klezmer with them. In the New World, klezmer was heavily influenced by early jazz and swing, and the style continues to evolve. Klezmer's distinctive sound blends artistic virtuosity with numerous tempo changes, irregular rhythms, dissonance, and an element of improvisation. Eclectic and diversified, klezmer is unique, easily recognizable, and widely appreciated. KLEZTORY is a rich mosaic of cultures (Russian, Canadian, Quebecois, and Moldavian), musical training (academic and self-taught), and musical tastes (classical, contemporary, jazz, blues, country, and folk). Combining their talents, these musicians perform with an emotion and a virtuosity that is the true spirit of klezmer. Momentum is Kleztory's 6th album, and celebrates the band's 20th anniversary. Combining traditional tunes and new compositions, the album juxtaposes music which the band has played since it started with completely new material.