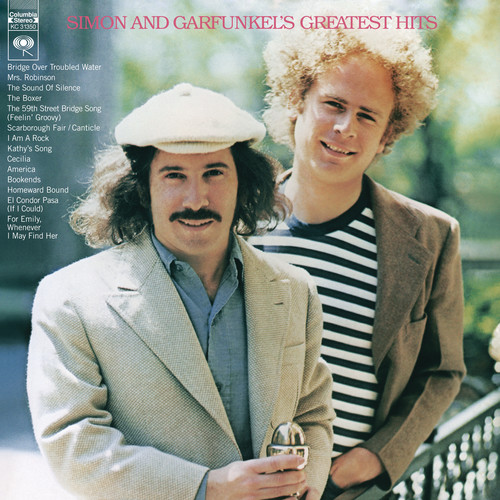 Vinyl LP reissue of this classic 1972 collection. The album was a mix of original studio recordings and four previously unreleased live recordings. The 10 studio songs comprise nine singles released between 1965 and 1972, "America" being issued as a single several years after it's appearance as a track on the Bookends album, and one album track, "Bookends" (without it's parent song "Old Friends"). All the singles included, except "America," "El Condor Pasa (If I Could)," and "Scarborough Fair/Canticle" made the Top Ten, with the last peaking at #11, and "Mrs. Robinson" topped the chart aided by it's appearance in Mike Nichols' hit movie The Graduate. "The Sound of Silence" and "Bridge over Troubled Water" both peaked at #1 as singles in their studio versions, and "The Boxer" peaked as a single at #7.