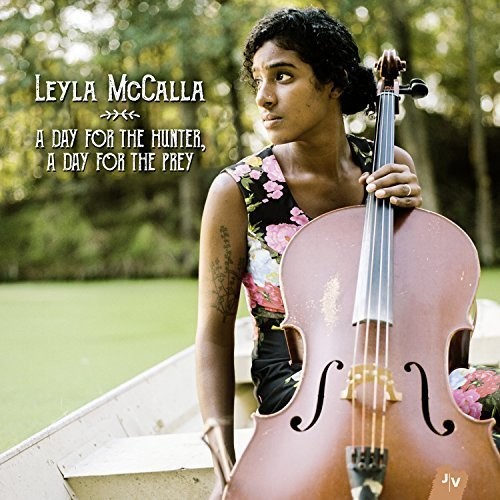 Day For The Hunter A Day For The Prey
Artist: Leyla McCalla
Format: CD
New: in stock $14.98
Wish

Leyla McCalla's new album A Day For The Hunter, A Day For The Prey, takes it's title by a book of the same name that the singer and cellist read while pregnant with her first daughter. Taking it's title in turn from a Haitian proverb, the book analyzes the intersection of politics, power and music in Haiti. McCalla, a former member of The Carolina Chocolate Drops who now calls New Orleans home, was struck by how political crisis can create a scene for music to be born. Through deeply felt originals and interpretations of traditional songs from Creole, Cajun, Haitian, American folk and jazz canons, the album depicts a diverse American experience and Leyla's struggles with and acceptance of her own identity. A Day For The Hunter, A Day For The Prey includes guests Rhiannon Giddens (a bandmate in the Carolina Chocolate Drops), guitarist Marc Ribot, fiddler Louis Michot of Lost Bayou Ramblers and more. Named 2013's Album of the Year by the London Sunday Times and Songlines magazine, Leyla McCalla's debut album, Vari-Colored Songs: A Tribute to Langston Hughes, made a profound impression upon all who heard it. The record, which set some of Hughes' poems to Leyla's music, and also included original compositions and Haitian folk songs, received rapturous reviews for it's haunting mixture of music and message.