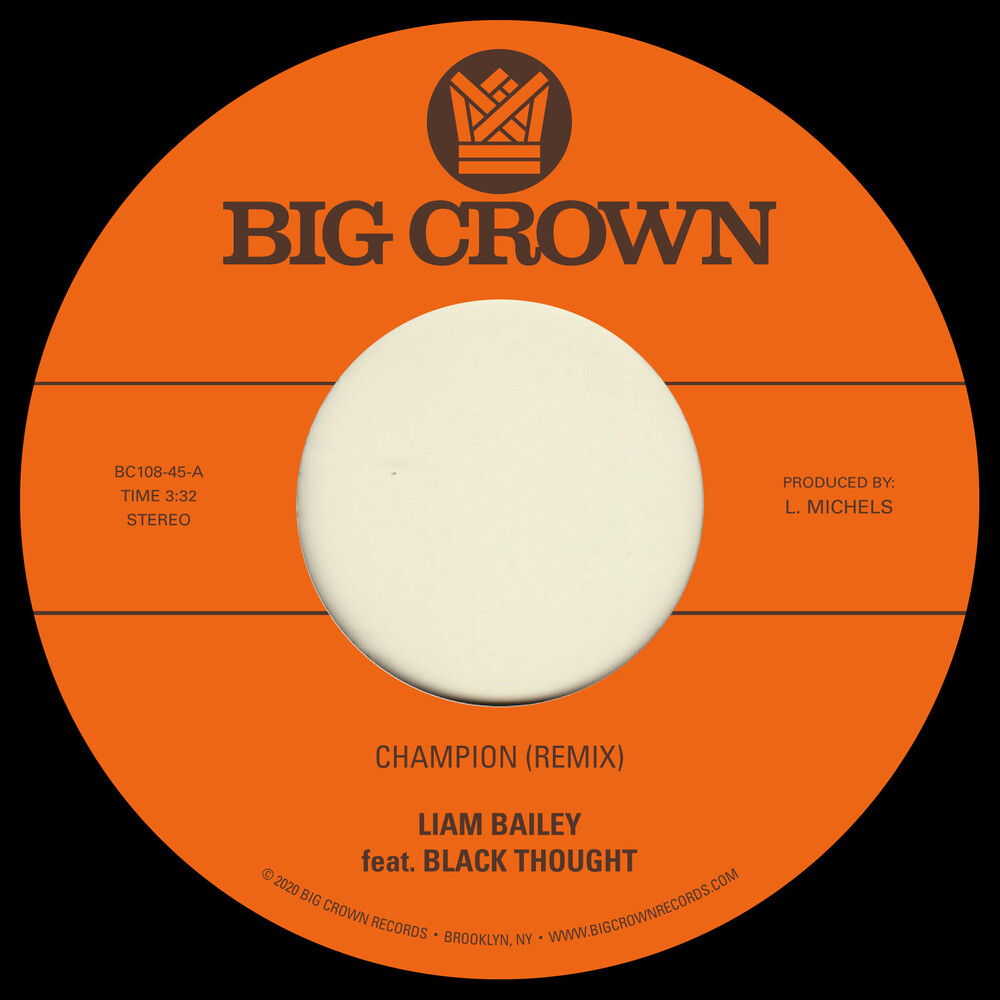 Liam Bailey follows up his "Ekundayo" album with this heavy hitting remix 7" featuring two absolute legends. The A side is a remix of Champion featuring Black Thought of The Roots. Black Thought kills the first verse finding the pocket over the Leon Michels produced reggae banger designed to bust up woofers and blow out dance floors. Liam and Thought combine to sing praises to a woman worthy of all the admiration they can muster, and in doing so, they take what was already a classic to another level. The B side is straight from the far flung corners of outer space. Producer Leon Michels strips down and revamps the album cut Ugly Truth, making room for the most special of guests, the one and only, Mr. Lee "Scratch" Perry. The Upsetter switches between singing and talking, one minute proclaiming his powers and the next playing with the title of the original tune. Some proper Lee Perry business alongside the already unstoppable chemistry of Liam Bailey and Leon Michels... An absolute Big Crown Surehot.