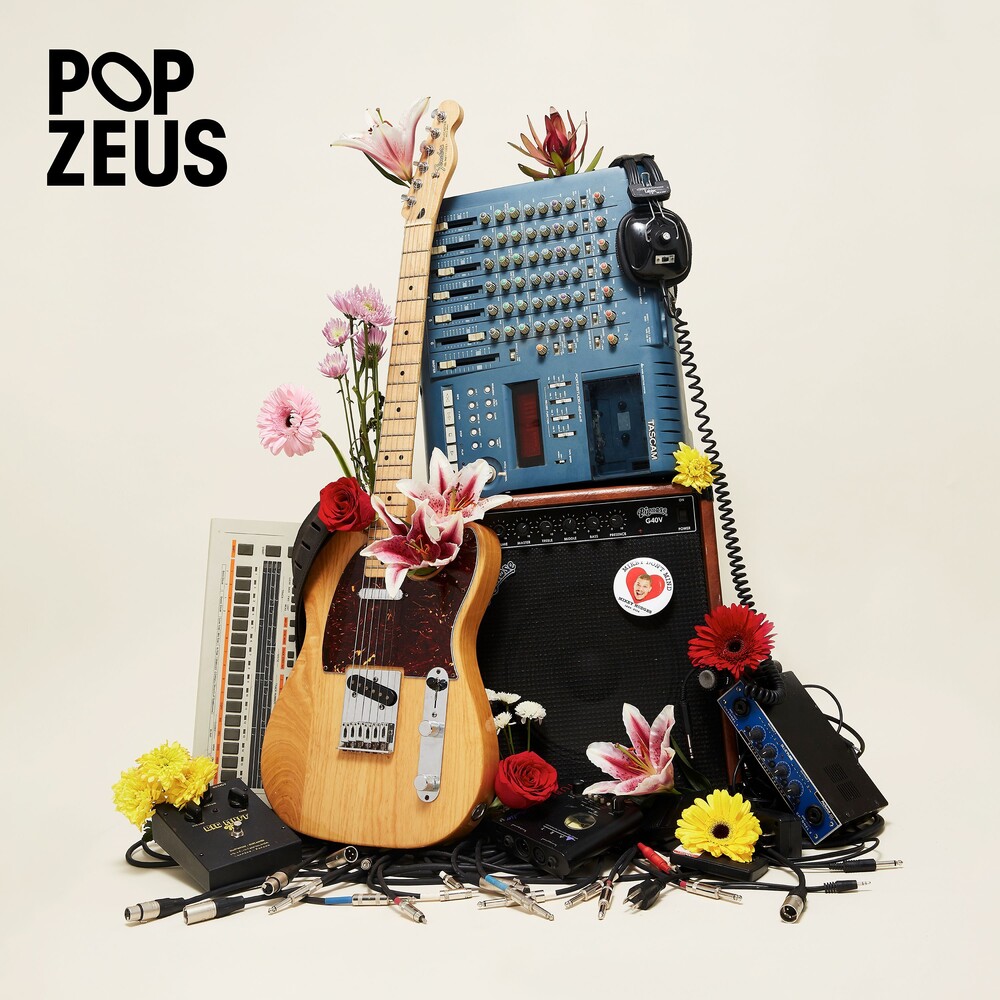 Whether you knew him as "Mikey" or "Hodges", Michael Hodges aka Pop Zeus was an integral fixture in every city he lived in from Bloomington, IN, to Brooklyn, NY, to Portland, OR, and eventually the East Side of Los Angeles. Mikey was inexplicably everywhere and knew everyone intimately well. There was something about his personality that was intoxicating and he often drew you in with an ecstatic outpouring of love for some niche Rock 'N Roller he'd just discovered, a big wet kiss on the lips, and a giant bear hug. He was more than likely the bartender at your favorite bar, the bouncer at your favorite club, and eventually the singer of your favorite band. Pop Zeus was his bedroom project-cum-rock band that began over ten years ago when he relocated from Bloomington to Brooklyn. Named after a Guided By Voices song-Robert Pollard even gave the name his blessing-Pop Zeus was his ode to Power Pop, Lo Fi, and Rock 'N Roll. He crashed on couches and borrowed rooms until he found cheap rent in Williamsburg where he recorded on a four-track with a guitar, a mic, and a drum machine. He shared countless demos and rough mixes over the years until he asked me to join the band in 2011. We played the first ever Pop Zeus show at a now-closed bar in the neighborhood with a one-night-only lineup which would change a handful of times over the next few years. In 2012 we arranged for studio time and he cut two tracks, "Foolish" and "Stay Friends". By that time his collection of demos had amassed to well over 30 staples and he was playing around town enough to warrant his debut self-titled LP now re-released on Twosyllable Records. An excellent cassette followed, Tell Me So, also re-released on streaming platforms, and finally a single that garnered his first round of national press, "I've Never Felt More Alive". It felt like his time had come and people were finally starting to pay attention-until a motorcycle accident ended it all at the too-young age of 29.