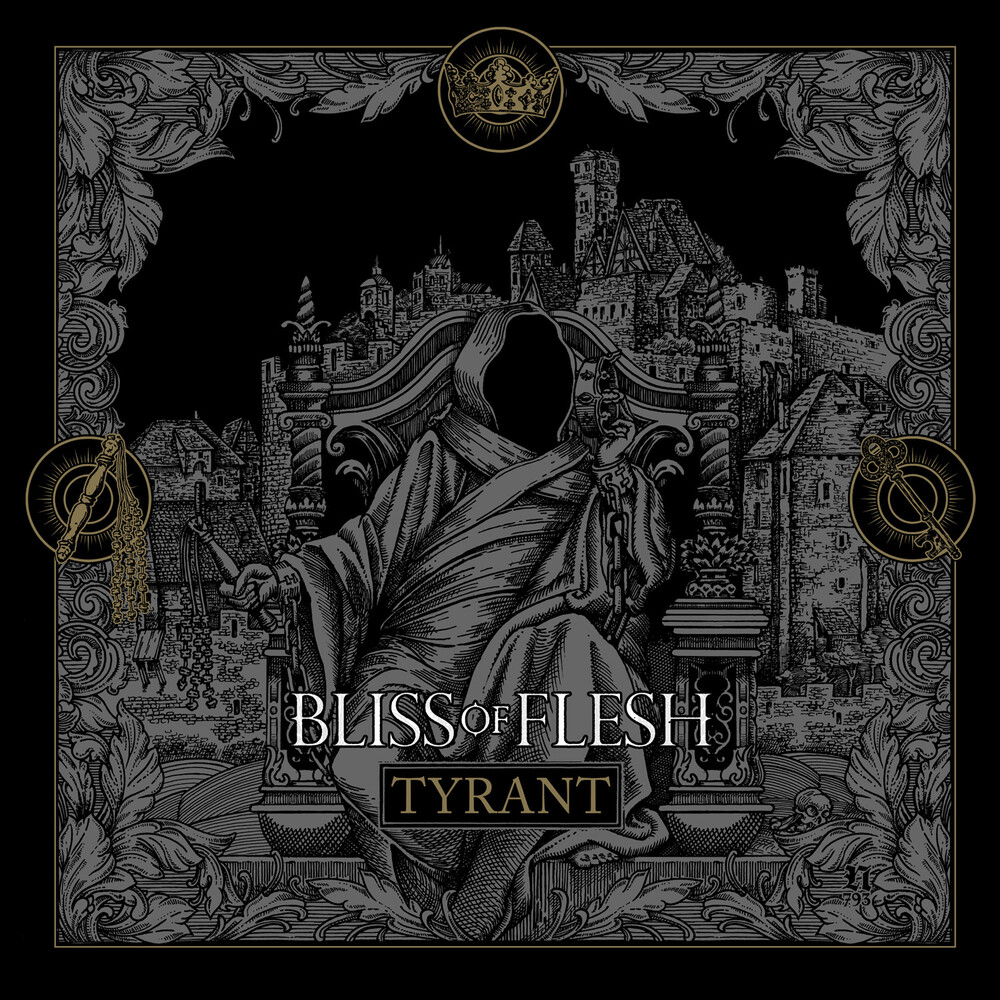 Formed in 1999 in Calais, France, Bliss of Flesh have always been a very charismatic band. Their obscure brand of non typical, lyrically and musically thoughtful, obscure black / death metal has aroused genuine passion in many European lands drawing them an ever growing amount of followers. The band has also been building up a scorching reputation for their incendiary live shows. Bliss of Flesh developed a conceptual trilogy of three albums inspired by Dante'sTrilogy : "Divine Comedy". Their previous album "Empyrean" released in 2017 on Listenable concluded such trilogy. "Tyrant" shows Bliss of Flesh at their more accomplished and intense hour in terms of production, songwriting and execution. The album also has no gaps between songs which makes the power reach new levels of addictive madness. Bliss of Flesh's new album has been mixed and mastered at Vamacara studio in France by HK. (vamacarastudio. Com), artwork was created by Nagash.   The album is scheduled for an October 30, 2020 release date in Europe and on the 13th of November in North America. « Tyrants are only great because we are on our knees. » - Etienne de la Boétie - FOR FANS OF: MARDUK, BLOOD INCANTATION, IMMOLATION, BELPHEGOR, DARK FUNERAL