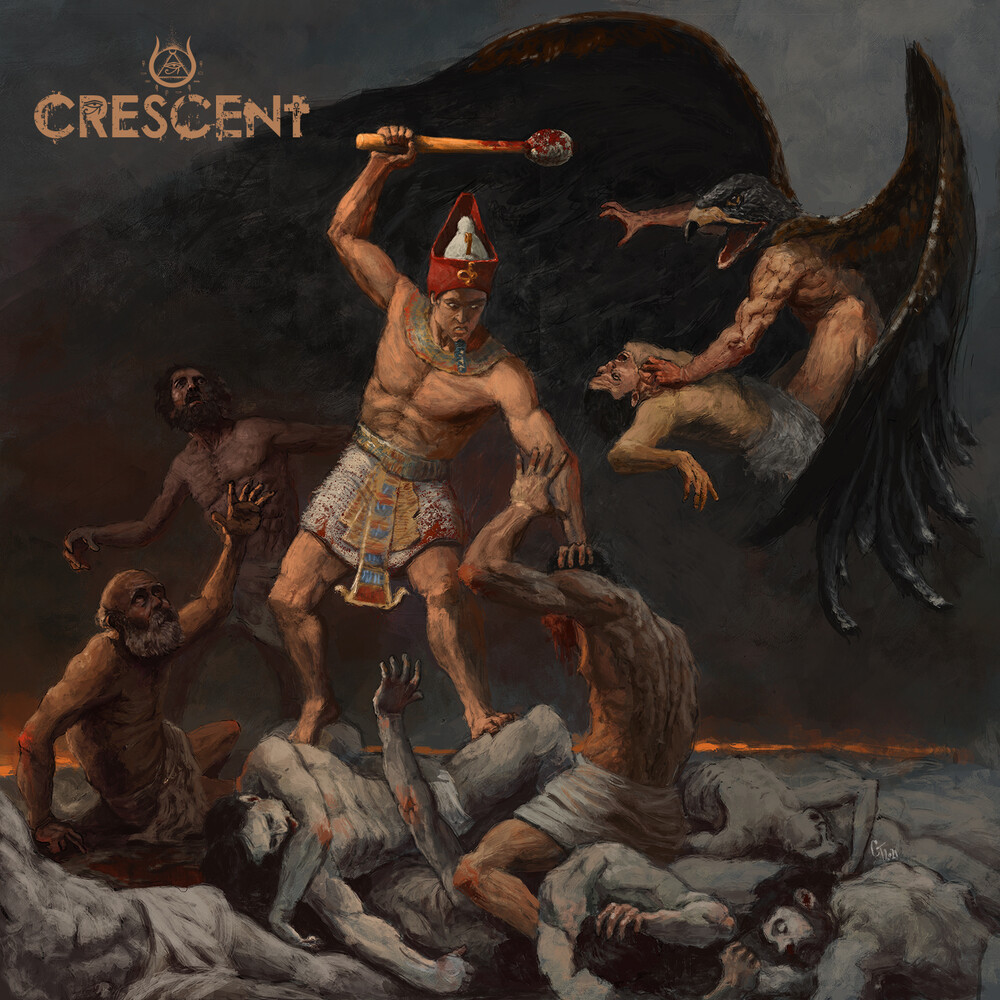 Carving The Fires Of Akhet [Limited Edition]
Artist: Crescent
Format: Vinyl
New: OUT OF STOCK. Contact us for availability.
Wish

Crescent was formed in 1998 by Ismaeel Attallah and Amr Mokhtar in Cairo, Egypt. It started as a Black Metal band influenced by the Swedish Black Metal scene. In 2014, the band released their full-length debut 'Pyramid Slaves', focusing on Ancient Egyptian history/mythology, which marked the band's complete transformation towards Black/Death Metal infused with Egyptian elements. In the following years, Crescent was booked to major Metal festivals such as Wacken Open Air, Inferno Metal Festival, Fall of Summer festival among others. 2017 Crescent 's much anticipated second full-length 'The Order of Amenti', a tribute to the Ancient Egyptian gods, showed more emphasis on the blackened death Metal epic soundscapes and thematic atmospheres while maintaining it's primordial Egyptian Death Metal essence.Crescent's new album 'Carving the Fires of Akhet' was mixed/mastered by Victor 'Santura' Bullok (Triptykon, Dark Fortress) at Woodshed studio. The artwork was done by Khaos Diktator (Thron), which is a Baroque-style recreation of one of the most influential and ancient Egyptian relics. The album title acts as the thread that holds all tracks together. The Fires of Akhet represents the great divine will that was carved into humanity's history and future. A value that brought nations to their apex and brought others to their knees, and the cycle goes on. Lyrically, the album touches upon a primeval epic story that is full of struggle and blood. It also reflects drunkenness with divine power, and pure evil in it's religious and historic form (and beyond). Finally, the album lays a dark path of philosophical and material decay. The themes will not only be represented by the sound, but also by artworks that relays the sub-themes. It manifests Crescent's growing identity and beyond any of it's previous works, starting a new era for the band.
back to top