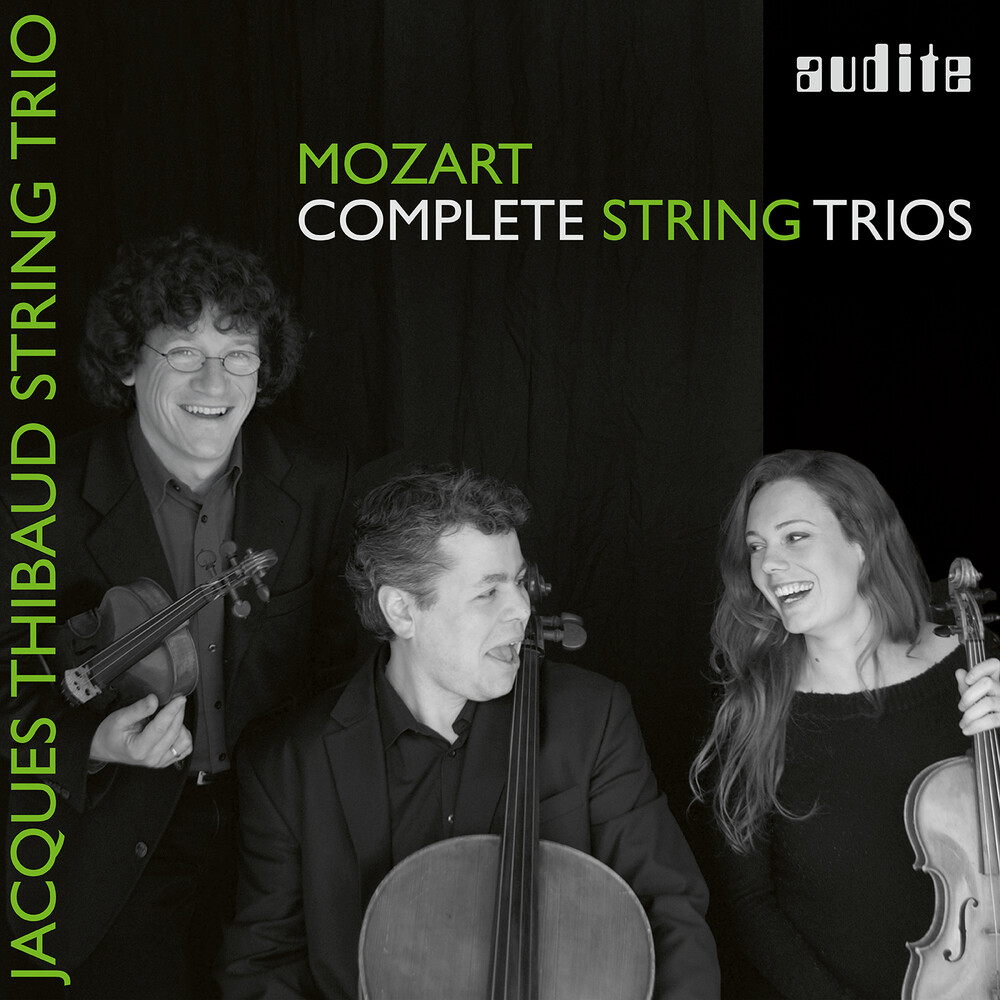 The complete Mozart works for string trio in a new recording with the Jacques Thibaud String Trio: alongside the well-known Divertimento, K. 563, this album contains the Six Preludes and Fugues, K. 404a, as well as the fragment K. Anh. 66. This fragment and the Prelude and Fugue, K. 404a, No. 6 in F minor are available for download as bonus tracks. The Preludes and Fugues are unique documents of Mozart's study of Bach's ouvre. They contain three fugues from The Well-Tempered Clavier, one fugue each from The Art of Fugue and an organ sonata, as well as one fugue by Wilhelm Friedemann Bach. Four of the preludes are probably Mozart's own, whilst two are from Bach's trio sonatas for organ. Mozart produced his arrangements for private Sunday gatherings at the home of Baron van Swieten, where he would play the viola part. Mozart's study of the "old masters" would prove an important influence on his later compositions. The six-movement Divertimento, K. 563, of 1788 is considered as the string trio par excellence. It is chamber music of the highest order, with rich harmonies and elaborately crafted counterpoint. Here, Mozart makes greater technical demands on the performers than in his violin concertos or his Sinfonia concertante, K. 364, for violin, viola and orchestra. In his three-part writing, Mozart reaches astonishing depths, with double stops at times imitating the sound of a quartet. All three string instruments are treated completely equally, each in turn taking the lead; the viola and cello are given especially rewarding melodic lines. This magnificent work condenses the entire potential of string trio playing into a 50-minute late Mozartian experience.