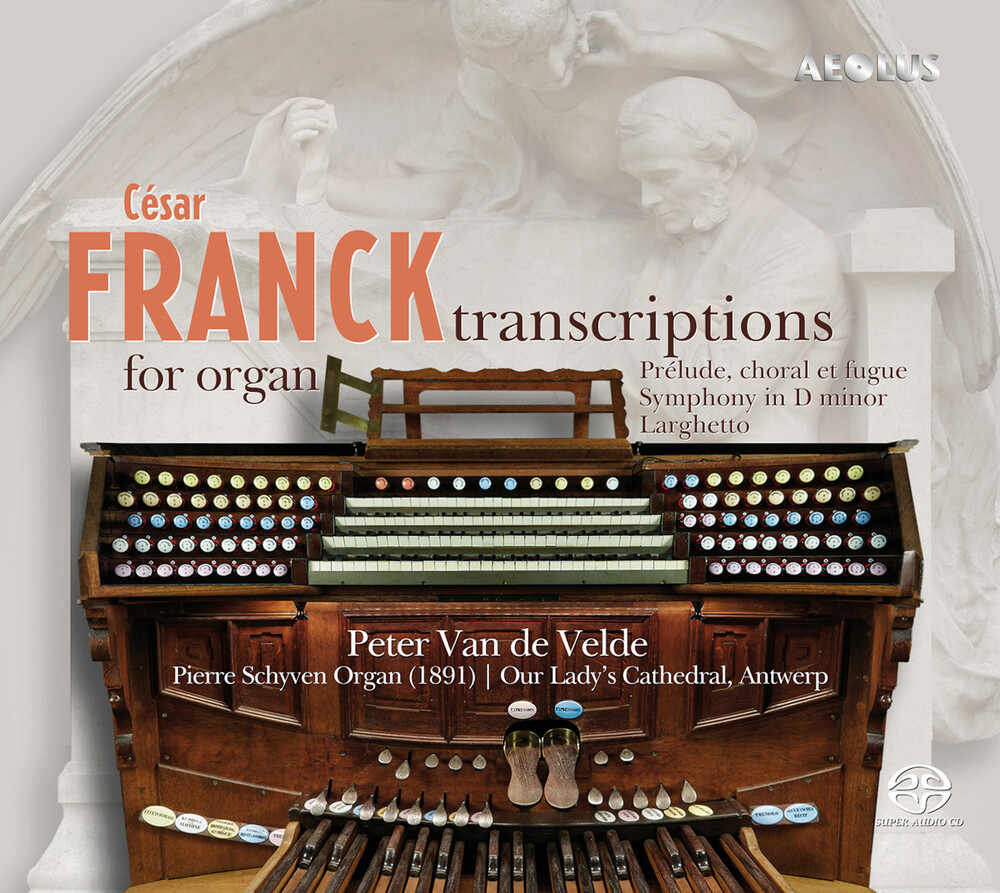 After Joseph Callaerts (titular organist from 1891 to 1901), Gustaaf Brees (from 1901 to 1926), Alex Paepen (from 1926 to 1962) and Stanislas Deriemaeker (from 1962 to 2002), Peter Van de Velde is the fifth titular organist of the romantic Schyven organ of Antwerp Cathedral. Peter Van de Velde, born in 1972, began his organ studies as an autodidact at the age of nine. At twelve he became organist of the village church of Doel in East Flanders. He received his first music lessons at the Antwerp Academy of Fine Arts. There he was awarded a first prize for aural training and the highest distinction in the organ category. Peter Van de Velde continued his studies at the Royal Flemish Music Conservatory in Antwerp, where he won several first prizes and a soloist diploma in 1996. He was the last student of Stanislas Deriemaeker. During his studies, and also afterwards, he participated in numerous master classes for organ and improvisation. On this recording he presents several transcriptions for organ by the composer CĂ©sar Franck.