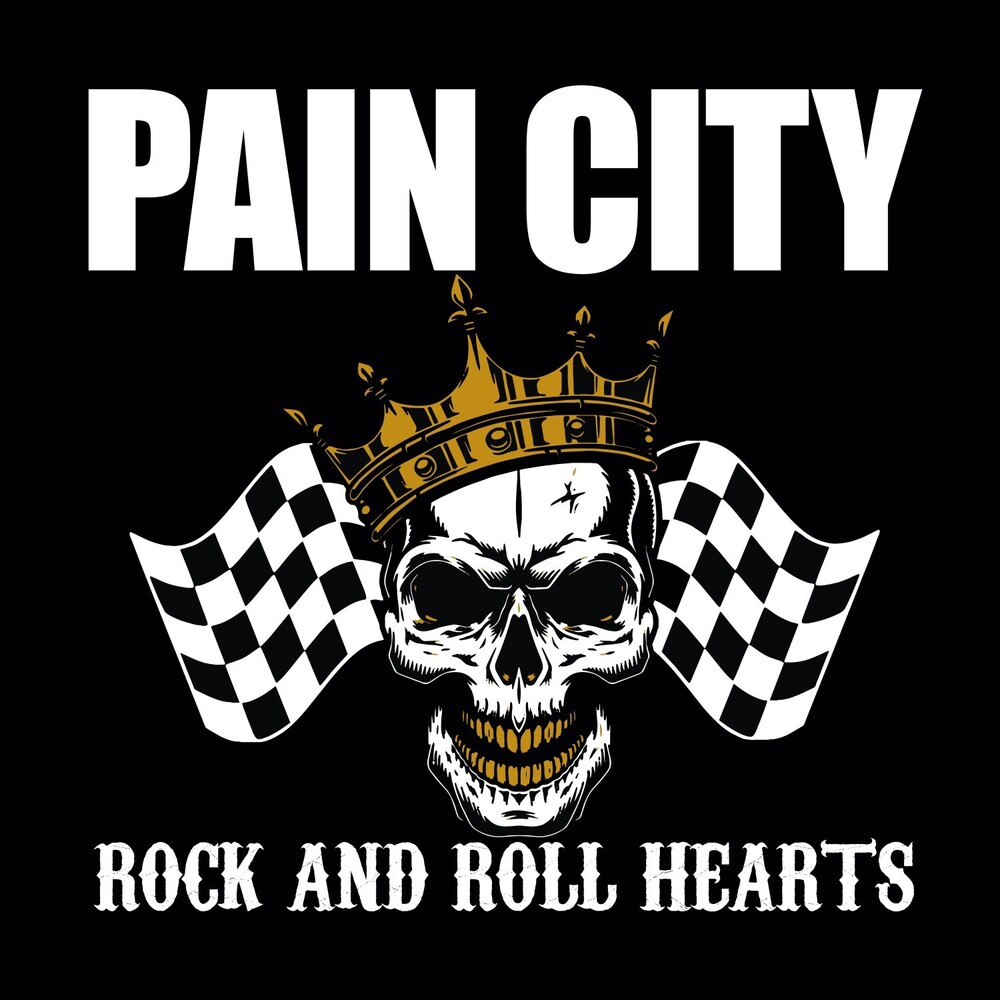 The third Pain City album was made to be a kick in the nuts and an in-your-face album, full of high energy and testosterone! Pain City's live shows already offer this, and the trio really wanted to capture the band's energy on tape this time. With Fredrik Nordström from Studio Fredman on the team to produce, mix and master, Pain City are more than happy with the final cuts. Each album has it's own theme in a way. The first album is about not giving up even when life hits you hard sometimes. The second album is about staying true to yourself and be yourself no matter what. The third album is, of course, about Rock and Roll and about having a good time as well as never giving up your dreams. The songs on "Rock And Roll Hearts" are more straight forward and faster than the previous ones. You can't go wrong with fast rock and roll and catchy as well as easy sing-along choruses, can you? The songwriting has been the same as always: Stian has pre-produced most of it before the rest of the band joined him and they worked on the songs together to see if there's room for changes. They often removed parts rather than adding new parts to make things interesting instead of repeating everything. The songs came to life when the whole band played together, and everyone had the chance to add their own personal touch. The sound on the new album can be described as three people playing together and having as much fun as possible - no frills, just guitars plugged straight into the amp and everything turned up to 11!