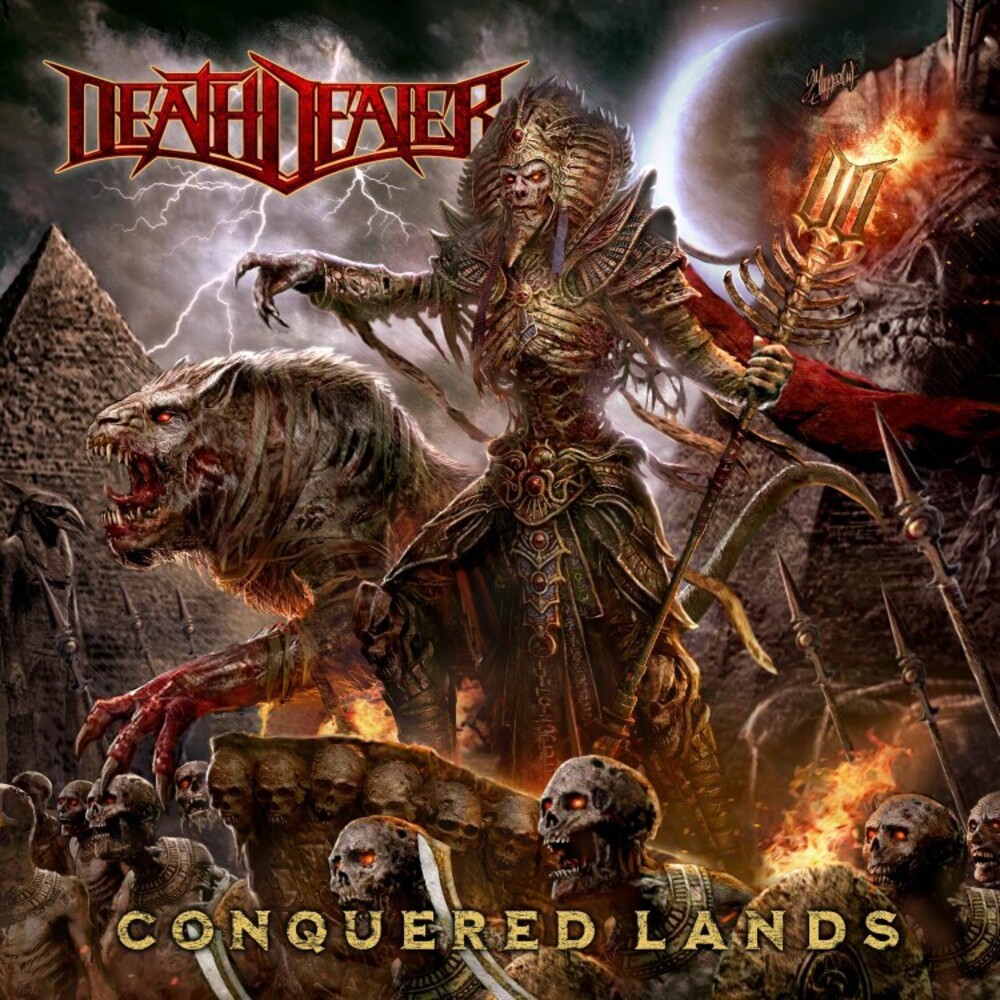 Death Dealer has announced their long-awaited return with news of their third full-length, 'Conquered Lands.' The album will be released in the fall of 2020 via Steel Cartel, and is comprised of twelve tracks in total. Death Dealer is also announcing a major new addition to the band as bass legend MIKE LEPOND (SYMPHONY X, ROSS THE BOSS, SILENT ASSASSINS) is joining this already loaded line-up. "We had a great time with Mike Davis and he will always be a brother," says guitarist Ross the Boss about the bass switch. "Due to both of our upcoming schedules we mutually decided another guy might have to come in and handle what we had coming up. Mike Davis will be missed, but we are very excited about the addition of another bass superstar, Mike Lepond." Joining Ross and Mike Lepond are Sean Peck (CAGE, THE THREE TREMORS, DENNER/SHERMANN) on vocals, Stu Marshall (NIGHT LEGION, DUNGEON) on guitar, and Steve Bolognese (ROSS THE BOSS BAND, INTO ETERNITY) on drums. "We had 'Conquered Lands' 80% done for the last 3 years," admits Sean. "And we finally had the chance to spend some time and get it finished up. We have been spending a lot of quality time online with each other lately and the fires are really burning hot to get DD back out crushing it again." As always, the album will be supported with live dates (in 2021), including a festival appearance in March in England, at the HARD ROCK HELL FEST. Understandably, the band is eager to perform the new material on stage, as Sean adds that the material on 'Conquered Lands' is "Definitely 100% pure DEATH DEALER."