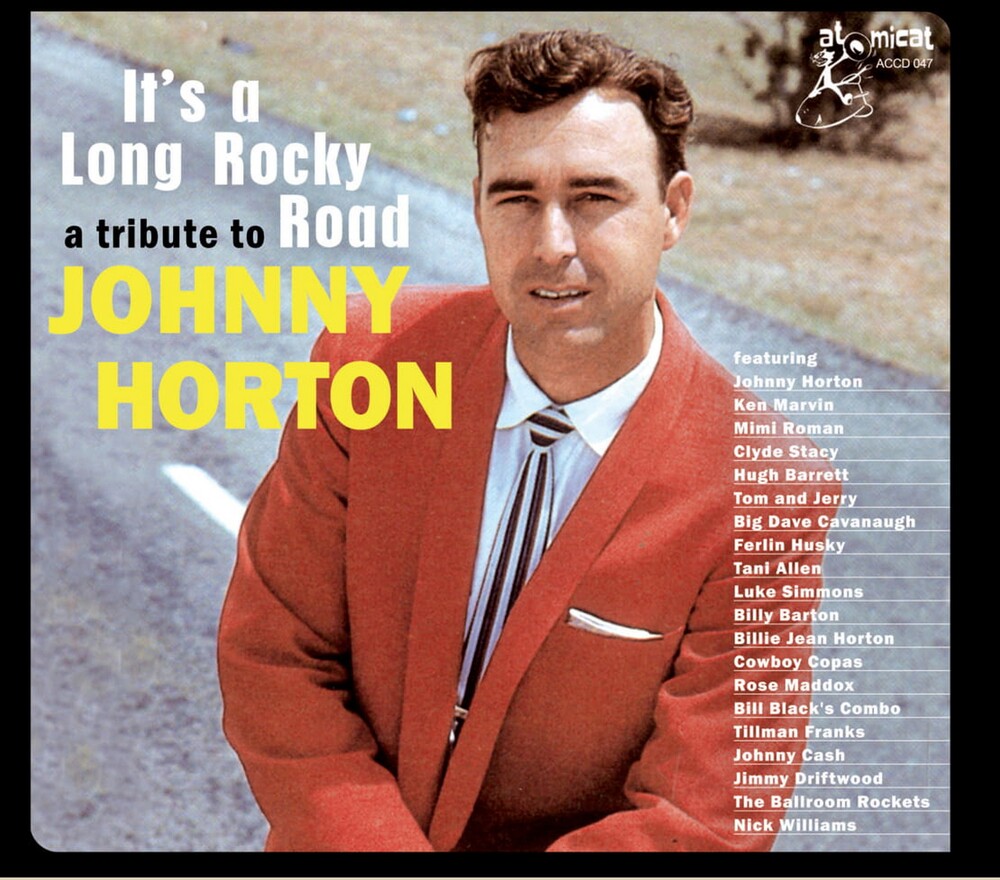 The concept of the album is to feature ten Johnny Horton recordings, then use other versions of songs associated with Horton from Various Artists be it original or cover versions. The session details are within the sleeve notes and you can discover the origin of the applicable songs. Additionally, included are artists which had an involvement in his career either as a band member, studio musician or through a personal connection. The band members additionally have some of their own recordings included. The four notable artists are; Tillman Franks (with His Rainbow Boys), Tommy Tomlinson (as part of the Tom and Jerry duo), former recording partner, Billy Barton (solo recording) and associated band member Bill Black (with his Combo). Horton co-wrote with his friend Johnny Cash a song which he never recorded, and this is added due to the association. Cash and his ensemble took part in posthumous over-dub sessions. His widow Billie Jean Horton has one song included to add variety to the album. Mixed into the album to name drop a few are; Ken Marvin, Mimi Roman, Luke Simmons and Jimmy Driftwood. As a bonus Rhythm Bomb Records have donated two free recordings from The Ballroom Rockets, who are a trio which record in an authentic style. A tribute from Nick Williams with The Treece-Reece Trio closes album. This Atomicat album is compiled by well-known Dee Jay and face on the music scene Mark Armstrong, who has been Dee Jaying since his early teen years. The album has; stunning design, sleeve notes, 30 songs and mastered for the best possible sound. The disc is housed in an attractively designed cardboard sleeve, specially designed to avoid the use of plastic and be environmentally friendly. The album is great to play at home and perfect for Dee Jays who will find good dance-floor filling songs.