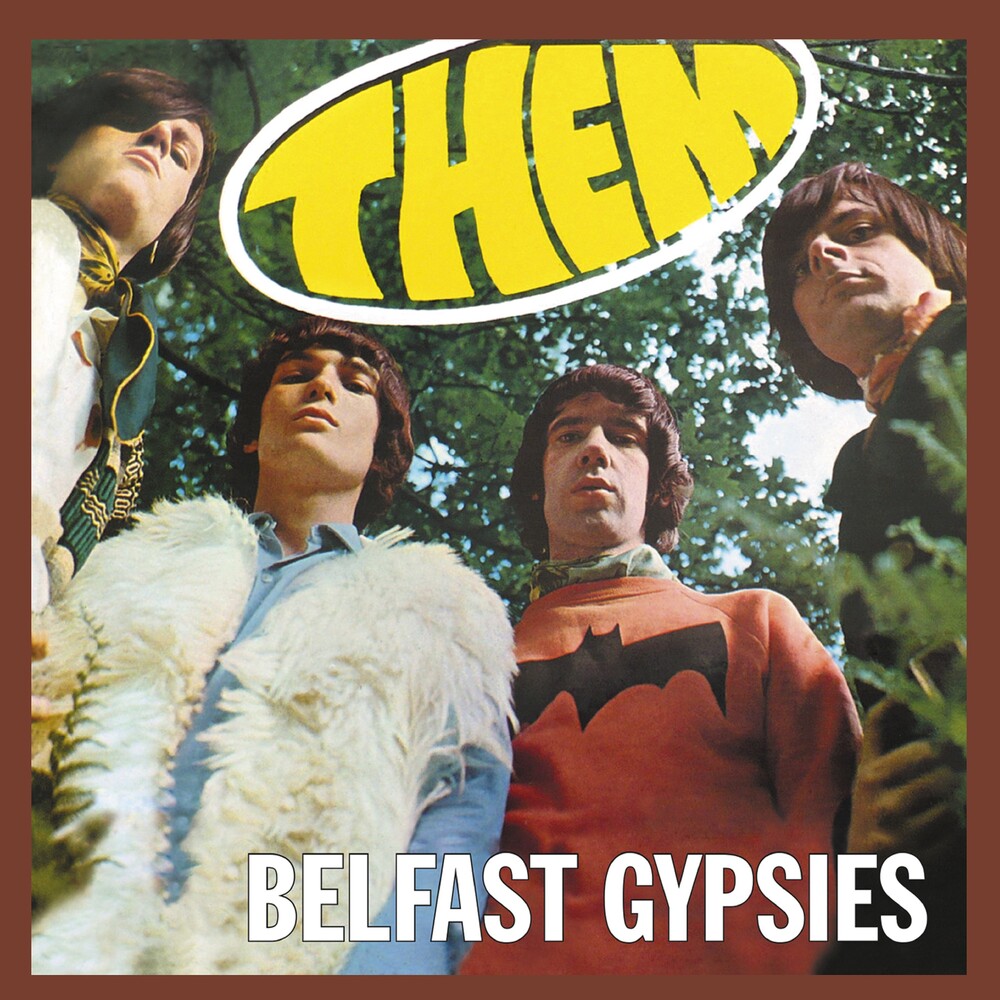 Digitally remastered. Though it received little attention at the time of it's Swedish/Netherlands-only release in 1967, the album Them Belfast Gypsies has long been established as a stone-cold classic of rabid British garage punk/R&B. The album had been recorded over four sessions in May/June 1966 in London and Copenhagen (where the band had relocated for several months), a year or so after brothers Pat (aka John) and Jackie McAuley had left Them and put together a new band of that name. However, a court case left the McAuley group only able to use the name Them outside of the UK, although they were allowed to call themselves The Other Them while on home territory. As a flag of convenience, they were christened The Belfast Gypsies by their producer, Hollywood hustler Kim Fowley, although the band themselves never used that name. Previous releases of this material have grappled manfully with the lack of master tapes and solid information regarding this most elusive of bands. However, the recent unexpected discovery of the master tapes for the London recordings (which constituted seven of the album's twelve tracks) means that this latest anthology is a sonic upgrade on previous releases. It is also the most comprehensive anthology of the band's work, featuring the first CD release of pre-Fowley, February 1966 demo recordings 'I Want You' and an early attempt at 'It's All Over Now, Baby Blue' as well as an alternative mix of 'People! Let's Freak Out' that was issued (without the band's knowledge) by Island under the pseudonym The Freaks Of Nature. Featuring rare photos and memorabilia, this release also includes a new 6000 word essay on the band's labyrinthine existence with new quotes from Jackie McAuley as well as reminiscences from the band's guitarist, the late Ken McLeod.