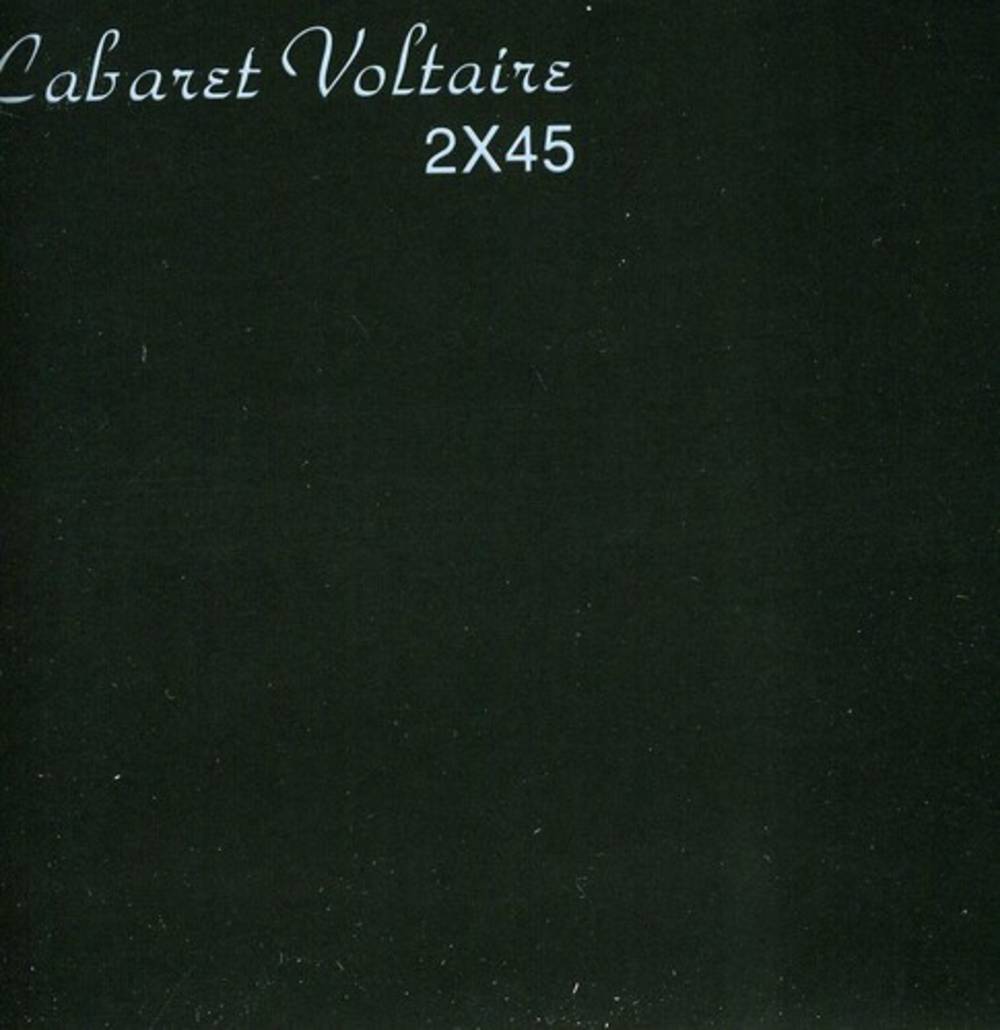 Collecting two separate sessions, one with Chris Watson and one without (the former also with guest drummer Alan Fish of fellow Sheffield experimentalists Hula), 2X45 shows the Cabs now well on their way to the perversely upbeat yet ominous funk of their early-'80s days. A song like "Breathe Deep" may have things like Richard H. Kirk's sax and clarinet lines over the stripped-down polyrhythms of Alan Fish and Stephen Mallinder, yet the way Mallinder husks the vocals and the claustrophobic feel of the recording don't entirely lend themselves to just going ahead and tearing the roof off the sucker. It's a careful balance the Cabs maintain, but it does work more often than not, while the influence on later industrial-affiliated acts is immediately apparent. Watson's work in the band at this point isn't as noticeable as before, but the drop-in samples on "Yashar" of intense voices asking where all the people on earth are hiding give a sense of where he still turns up. The second session, with Nort and Eric Random on drums, guitar, and percussion, is a touch murkier at points but only just. "War of Nerves (T.E.S.)" may start with a tape of a guy talking about tortures involving rats and may have Mallinder's distorted, demonic vocals in full effect, but the crisp rhythm punch is still predominant.