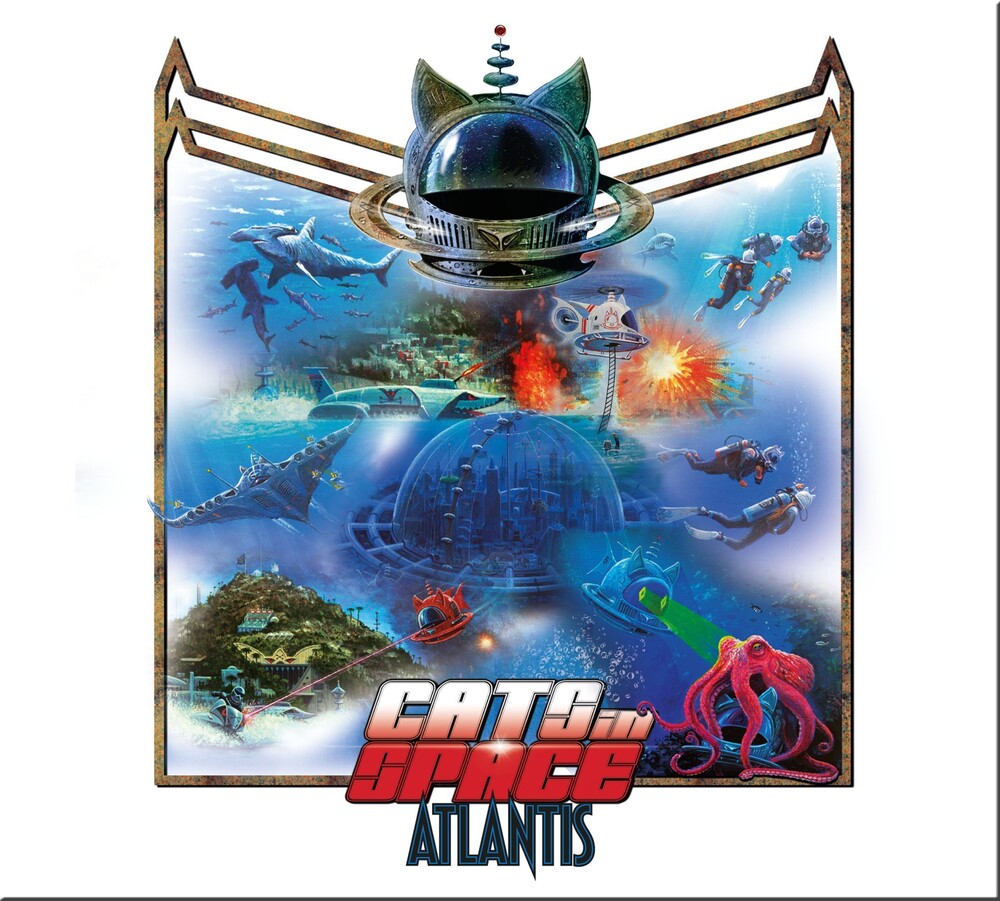 Blue vinyl edition limited to 250 copies. Yes, rock music fans, Cats in Space return with their 4th studio album, the sensational 'ATLANTIS'. Nine months in the making, it is set to cause tidal waves around the globe with a sound still 'very Cats' but this time the 'Rock claws' are out! In a year which has seen many changes for the world, the band too have undergone some changes whilst buried deep beneath the ocean recording their new masterpiece. Joining the Cats onboard is none other than the star of Jeff Wayne's 'War of the Worlds', the amazing DAMIEN EDWARDS, who's incredible vocal range has brought another dimension to the unique sounds of the band. After three hugely acclaimed and successful albums already, this new line-up will certainly get the fans buzzing in anticipation ready for the new 'Aquatic monster'! Atlantis has been a testing journey for the band in many ways, but rest assured that the new record is going to blow you away. It will rock more, and it will have more symphony, courtesy of Mike Moran and his orchestra! With radio stations picking up and playing both promo tracks, "I fell out of love with Rock N Roll" & "Revolution", CATS in SPACE are making quite a splash with this amazing new album already. So come 'Dive' once more with Cats in Space on another incredible journey. One that will firmly cement the band at the top of the pack with an album more monstrous than Loch Ness!