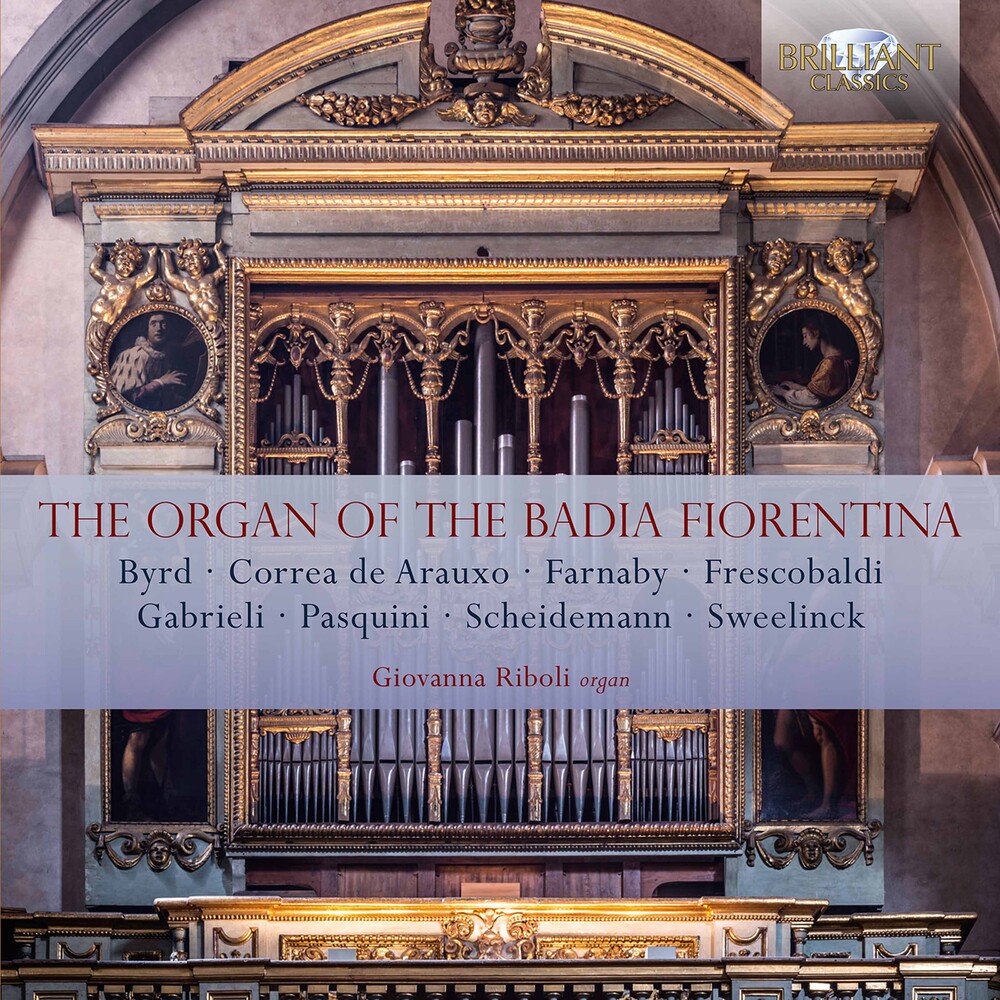 The organ of the Badia Fiorentina monastery in the centre of Florence is one of the finest surviving examples of an Italian renaissance organ, completed in 1558 by the Tuscan organ builder Onofrio Zeffirini. The characteristically Italian timbre of the organ and it's historical temperament make it the perfect instrument for performing repertoire from the 16th, 17th and 18th centuries. In her own booklet-note introduction to the repertoire on this album, Giovanna Ribolli explains that she has chosen a sequence of repertoire to display the organ at it's most characteristic, but also to give a guided tour to high-points of European organ music of the late 16th and early 17th centuries. She opens her recital with a pair of toccatas, by the Venetian Gabrieli and the Florentine Frescobaldi, that give voice to the instrument's most brilliant registers. A variation set by Pasquini enables her to range over the impressive stop-list including rarities such as a Nightingale stop. There are two representatives of the English keyboard school, Byrd and Farnaby, at their most extrovert and virtuosic, and then two substantial pieces by the founder of the North German organ school, Sweelinck, followed by an 'English masquerade' by his pupil Scheidemann. Giovanna Ribolli rounds off this imaginatively programmed album in reflective mode with the Tiento y discurso de segundo tono by the Spanish composer and organist Francisco Correa de Arauxo. The album's expressive journey is astutely planned, and her playing of this historic instrument brings out all it's antique tone- colors.