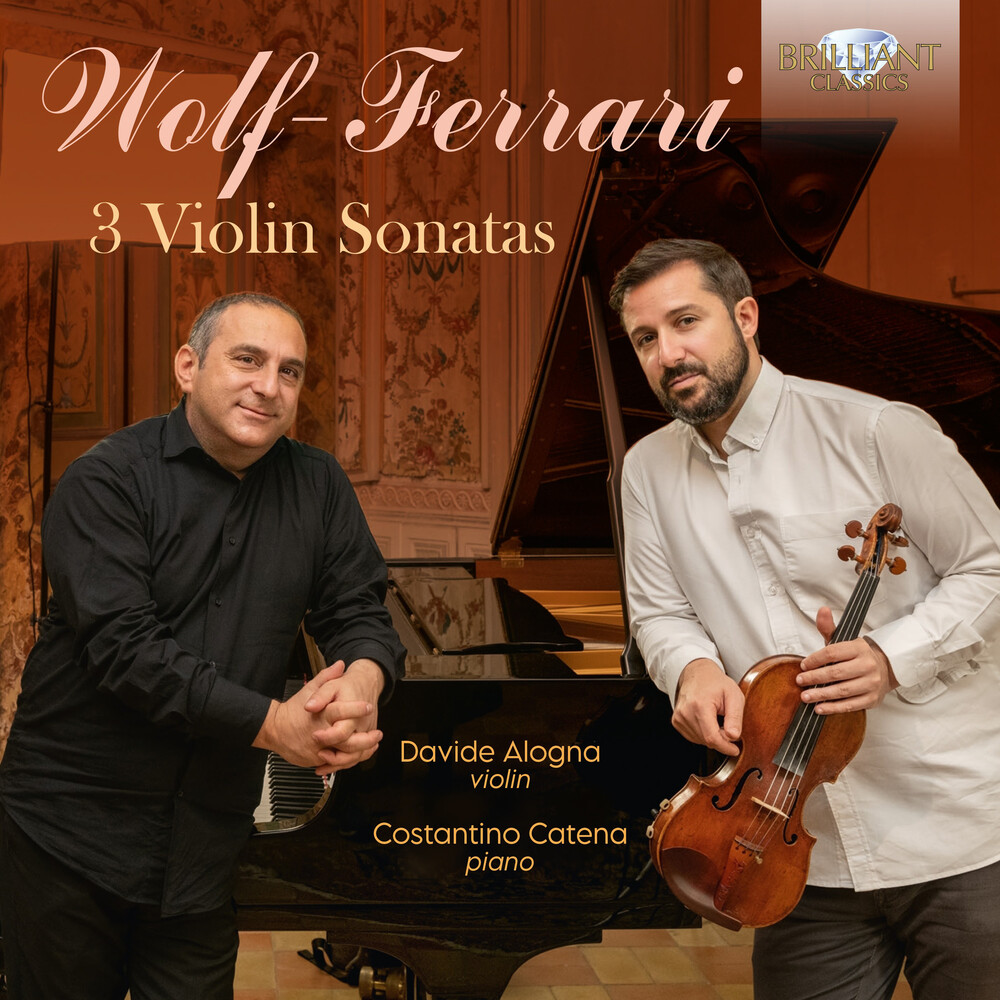 With well-received albums of his piano trios, piano music and music for chamber orchestra, Brilliant Classics has expanded the horizons of many listeners to Ermanno Wolf-Ferrari (1876-1948). Previously known principally for his operatic and dramatic works such as I Gioelli della Madonna, Wolf-Ferrari built up a body of instrumental music that was played across Europe during his lifetime. Association with Mussolini's Fascist regime cast a shadow over his postwar reputation and only in recent years have listeners been able to rediscover the music of an inveterate Romantic. The First Violin Sonata was written while the 19-year-old Wolf-Ferrari was still studying with Joseph Rheinberger in Munich. However, it's long-breathed melodies and grasp of large-scale form bely it's composer's relative inexperience. All the same, the Brahmsian contours of the First Sonata are succeeded in the Second by a more personal idiom, one that more successfully integrates Wolf-Ferrari's lifelong allegiances to both German and Italian schools of composition. Dating from 1901, it sings with a stern, almost austere passion rather in the manner of the composer's Belgian contemporary Cesar Franck; the second of the sonata's two movements has an especially sacred character and ends in a mood of serenity. The Third Sonata is a very late work, dating from 1943, while Wolf-Ferrari was giving concert tours through Axis countries. In parallel with the evolution of the trio of sonatas by Brahms, this E major work has a neoclassical character maintained throughout the suppressed passion of it's four compact movements: there is even an excursion into strict counterpoint in the first movement's development section, and the finale returns to the work's opening theme, now touched by both irony and tenderness.