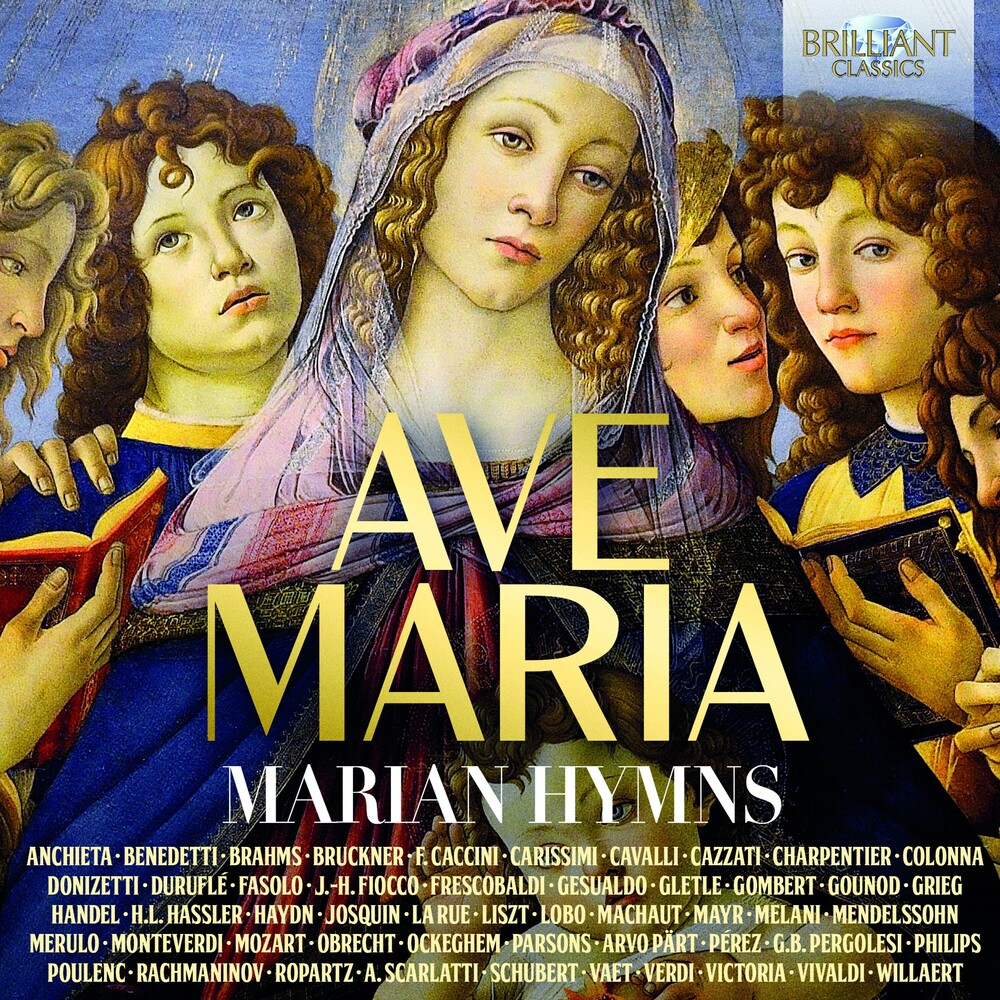 Mary the Blessed Virgin, mother of Christ, has been an object of devotion in music as well as buildings, words and images since the early stirrings of the Christian church in the first and second centuries AD. The music in this box begins with the chants written down by monks during the papacy of Pope Gregory II, and for centuries these supple, joyful chants were passed on from generation to generation of Christians in worship and adoration. With the development of polyphony in the 11th century, these Marian devotions took on further richness. Settings of the Ave Maria and other Marian prayers gradually flower and grow further from the original tree of Gregorian chant. This process is outlined in the box like a piece of slow- motion photography, moving from Guillaume de Machaut through to the Dutch polyphonists of the 15th and 16th centuries such as Ockeghem, Obrecht and Nicolas Gombert, but the vernacular traditions of Marian devotion in Italy and Spain are also represented with excerpts from the Laudario di Cortona and Llibre vermell de Montserrat. The edicts of the Council of Trent in 1566 commanded that sacred music communicate the text clearly above all considerations of aesthetic refinement, and composers across Europe accordingly wrote with greater transparency, less counterpoint and more declamation. Nevertheless, the new style inspired masterpieces such as the Ave Maris Stella of Monteverdi and Gesualdo's Ave, dulcissima Maria. With instruments increasingly joining voices in sacred music, Marian hymns adopted a concertato style, and the boundaries between the altar and the stage of the new opera houses became increasingly blurred. Settings of prayers such as the Salve Regina settings by Vivaldi and Pergolesi became multi-movement pieces, like a vocal concerto or dance suite, demanding vocal virtuosity from singers practiced in soloistic repertoire.