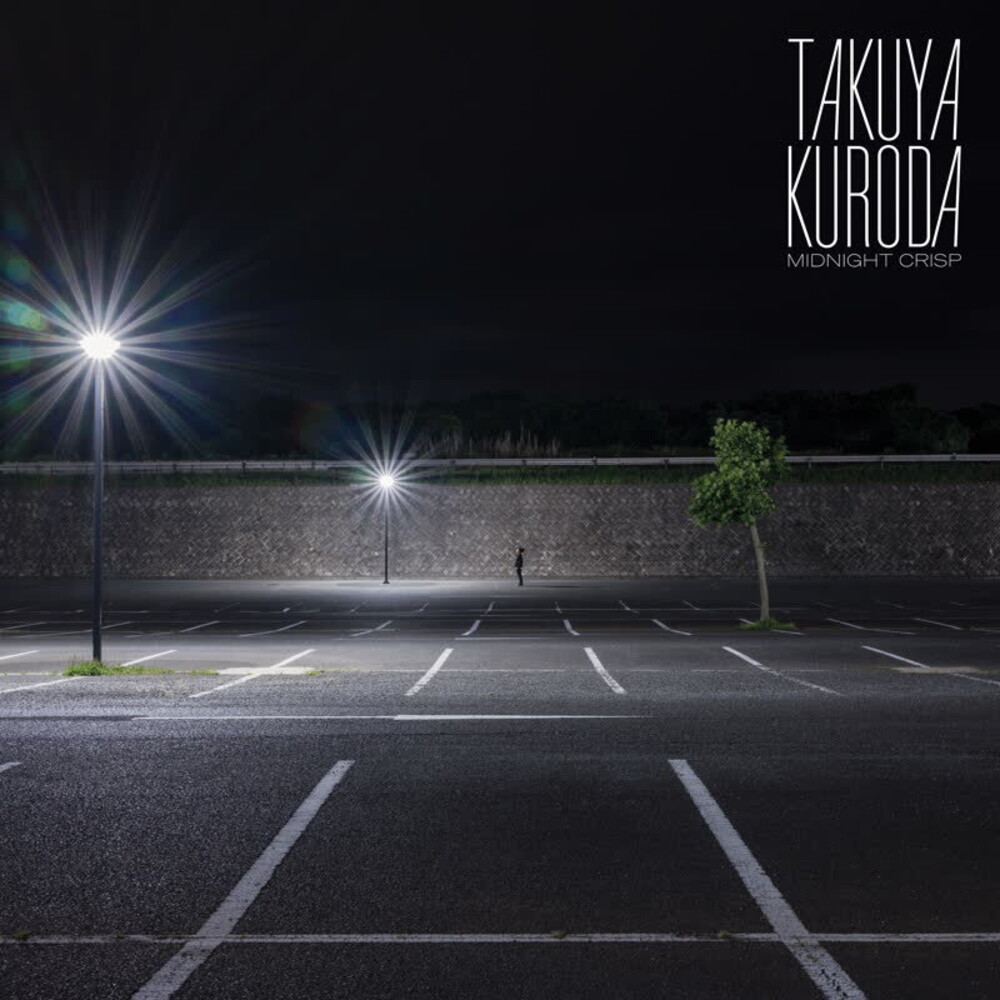 First Word Records is very proud to bring you a brand new mini-album from Takuya Kuroda!Takuya Kuroda is a highly respected trumpeter and arranger born in Kobe, Japan and based in New York City. 'Midnight Crisp' is Takuya's seventh studio album, entirely self-produced and following 2020's highly acclaimed 'Fly Moon Die Soon', also released on UK label First Word (winner of the Worldwide Award's Label of the Year in 2019). Consisting of six new tracks, this once again sees Takuya displaying his unique hybrid sound, blending soulful jazz, funk, post-bop, fusion and hip hop.After following the footsteps of his trombonist brother playing in big bands, he relocated to New York to study jazz & contemporary music at The New School in Union Square; a course he graduated from in the mid-noughties. It was here that Takuya met vocalist Jose James, with whom he worked on the 'Blackmagic' and 'No Beginning No End' projects.Following graduation, Takuya established himself further in the NYC jazz scene, performing with the likes of Akoya Afrobeat and in recent years with DJ Premier's BADDER band (also including acclaimed bass player, Brady Watt). Premier said 'The BADDER Band project was put together by my manager, and an agent I've known since the beginning of my Gang Starr career. He said, 'What if you put a band together that revolved around a trumpet player from Japan named Takuya Kuroda? He's got a hip-hop perspective and respect in the jazz field...' Takuya Kuroda is already incredibly prolific, releasing six albums in the past decade and fortifying a solid reputation in the global jazz scene. 2011 saw the release of Takuya's independently-produced debut album, 'Edge', followed by 'Bitter and High' the following year and 'Six Aces' on P-Vine in 2013. Takuya was signed to the legendary Blue Note Records in 2014 for his album 'Rising Son', as well as appearing on their 2019 cover versions project, 'Blue Note Voyage'. He released his 5th album 'Zigzagger' on Concord in 2016, which also featured Antibalas on a reimagining of the Donald Byrd classic 'Think Twice'.
This website uses cookies to personalize content and analyse traffic in order to offer you a better experience.
I accept Learn More
back to top