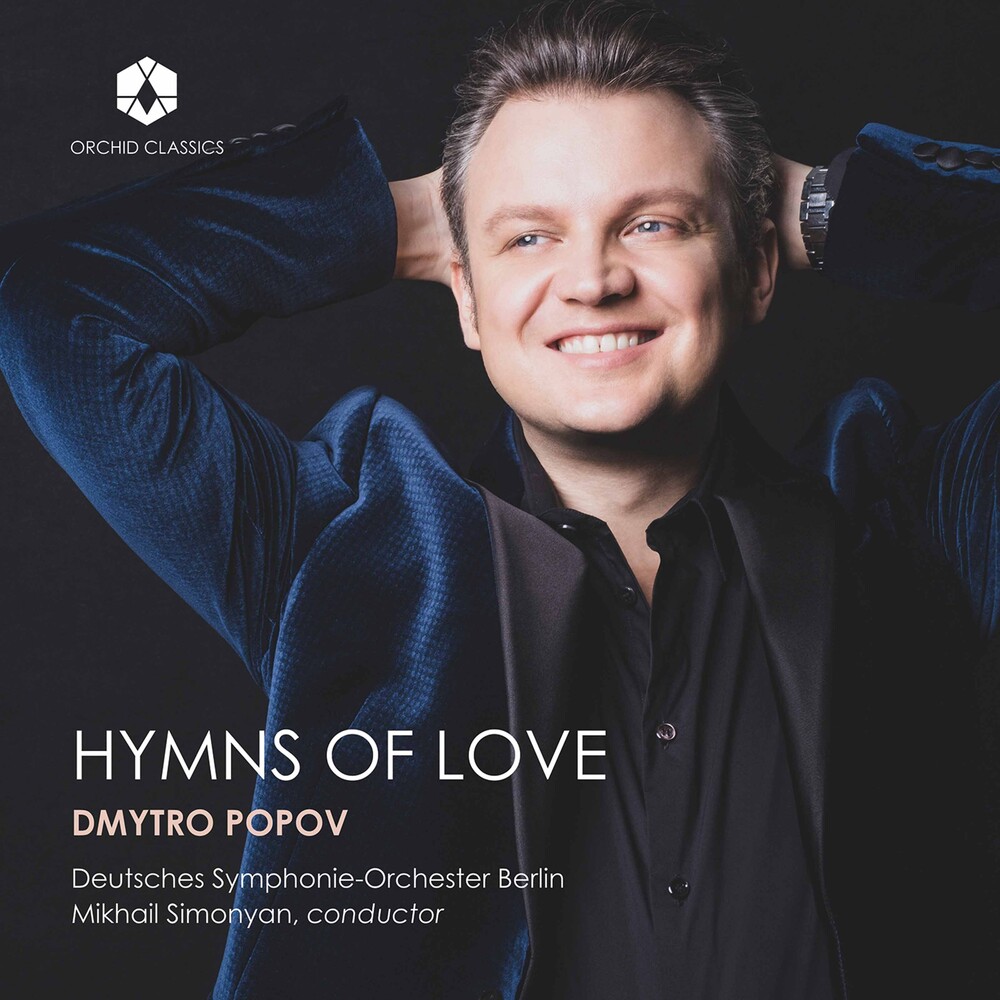 Ukrainian tenor Dmytro Popov delivers a magnificent recital of operatic arias, including music he has performed to great acclaim in opera houses around the world. Dmytro Popov was the youngest opera artist to be awarded the title of 'Honoured Artist of Ukraine' in 2003, and has since dazzled audiences and critics with roles including Rodolfo in Puccini's La bohème at the Royal Opera House, Cavaradossi in Tosca with Deutsche Oper Berlin, and Vaudémont in Tchaikovsky's Iolanta with Teatro Real Madrid. Popov reprises those roles for this album, alongside music by Gounod, Bizet, Borodin, Dvorák, Ponchielli and Léhar, whose writing for the tenor Richard Tauber produced some of the most irresistible music in the repertoire. The recital is rounded off by a folk song from Popov's native Ukraine. "... his is a voice capable of lyrical tenderness, but with a top-note squillo that almost buzzes..." Opera News