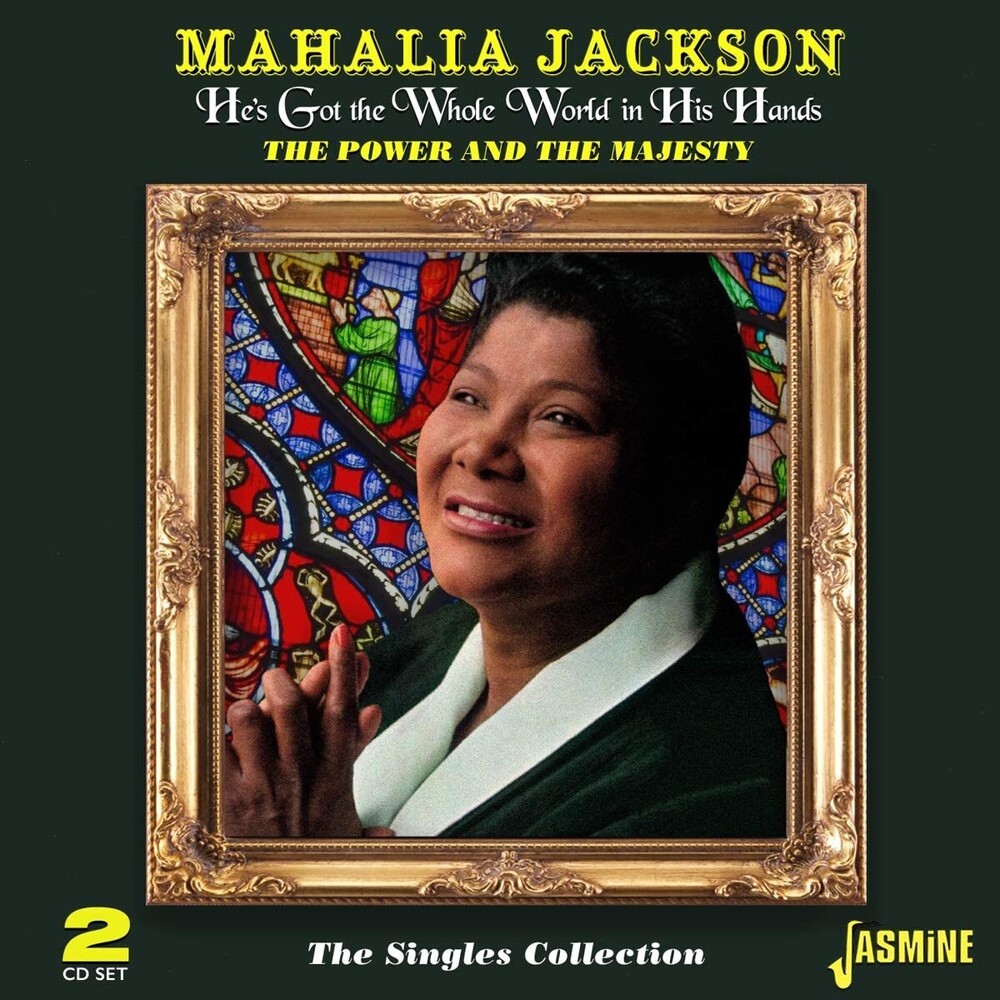 He's Got The Whole World In His Hands: Power & The Majesty / Singles Collection
Artist: Mahalia Jackson
Format: CD
New: OUT OF STOCK. Contact us for availability.
Wish

Two CDs. Mahalia Jackson was one of the great voices of the 20th Century as well as one of the leading voices in the Civil Rights Movement. "He's Got the Whole World in His Hands", one of the major hit songs of the late 1950s, is joined here by most of her Columbia singles including "A Rusty Old Halo", "One God", "The Bible Tells Me So", "A Satisfied Mind", "'Round the Rainbow", "Elijah Rock", "The Lord's Prayer" and many more single releases in one of the greatest Jackson collections in years! Mahalia Jackson celebrated Christmas with her many gold Christmas singles and LPs including "Sweet Little Jesus Boy", "Go Tell It on the Mountain", "Silent Night", and the biggest seasonal hit of 1956: "Mary's Boy Child". Her rare recording of "Away in a Manger" is also featured. In addition to recording with The Falls-Jones Ensemble, Jackson recorded with such esteemed conductors/arrangers as Percy Faith, Ray Ellis, Johnny Williams, Marty Paich, and Sid Bass. Many moving album tracks include the powerful "Green Leaves of Summer", "Nearer My God, to Thee", "Whither Thou Goest", "Just As I Am", and "Onward, Christian Soldiers". This is the first ever collection of the Mahalia Jackson singles, enhanced by the richness of her many album tracks.