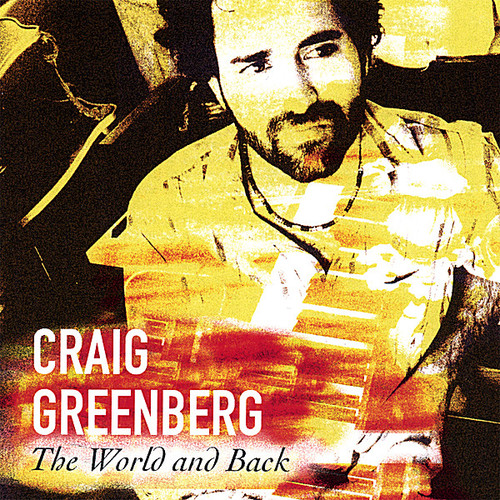 'Singer/Songwriter Craig Greenberg, after spending a couple of years as a wandering musician, seeking out his own sound (and voice) on the streets and in the bars of South America and Spain, returned to his home country, and home city of New York, in late 2004. Craig, a largely self-taught musician who writes and performs on both piano and guitar, is known for his soulful, endearing (and at times, in your face) vocals and his general strong musicality. His sound has been compared to artists such as Ben Folds, Billy Joel, Coldplay, Randy Newman, Dave Matthews, and Paul Simon. The content and feel of Craig's songs run the gamut from light-hearted and tounge and cheek, to quite dark and edgy. It's this versatility that sets Craig apart as a songwriter. In the last 2 years+ Craig has toured, opening dates for (and/or sitting in with) Portland, OR (and recently NYC) based songwriter Jerry Joseph (Jackmormons, Stockholm Syndrome) at shows in the northwest and northeast, in Spain, and in Costa Rica over a New Year's '05 and '06 run of shows. He has also played solo dates in the US Virgin Islands (part of St. John Songfest), California, Florida, Colorado and Wisconsin. Craig has had the privilege of performing with Jackson Browne on several occasions, most recently (accompanying on keyboard) in front of a crowd of over 6,000, as part of Steel Bridge Songfest 3-a benefit concert in Sturgeon Bay, WI, hosted by songwriter Pat MacDonald (Timbuk 3). This year at Steel Bridge, Craig also got to perform with Jane Wiedlin of the Go-Gos. In September of '06, Craig's politically charged song 'No Evasion' got selected as one of the top 'Songs of the Times' on Neil Young's website (www.neilyoung.com), reaching as high as 87 out of 500 on a popularity ranking, alongside songs from artists such as Ben Harper, Kris Kristofferson, Crosby & Nash, Steve Earle, Son Volt, Todd Snider, and Bright Eyes. Craig has also performed or worked with several members of P-Funk, and, Eric Burdon and the Animals, including Eric McFadden (EMT, Stockholm Syndrome), Kim Manning, Bernie Worrell, Shaunna Hall (Electrofunkadelica, 4 Non-Blondes), and Paula O'Rourke (Tiny). Currently, Craig is performing around downtown NYC (past venues include the Living Room, BB King's, Rockwood Music Hall, the Bitter End, Caffe Vivaldi, Sidewalk Cafe, et.al.) and has just released his first self-produced EP, entitled 'The World and Back'.