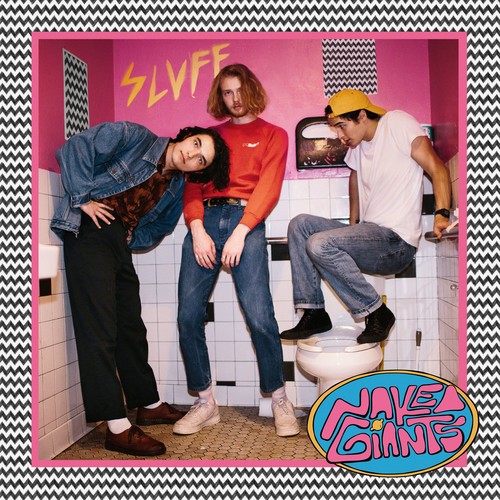 SLUFF is the debut release from the Seattle, WA band, Naked Giants. SLUFF is a collection of songs the band has been writing and performing over the past few years. The specific goal was to capture “THAT live energy” in a recording, but as the energies of the studio processes began to mingle, the album became an entity unto itself. Bassist Gianni Aiello explains, “We played our very best on this album, but there are still a good amount of mess-ups and rough edges that give it that ‘first album’ character. The album gets its personality in large part from the play between the planned and unplanned. With producer Steve Fisk (Nirvana, Low, Damien Jurado, The Posies), we could carefully craft some particular sonic signatures just as easily as stumble upon some random noise or mic technique. There’s no underlying concept for the album, but it’s this sort of order and chaos attitude which gives it a cohesive feeling.” SLUFF is a rock and roll record for the modern rock and roller. Some songs are long, some are short, and some are even shorter than that. It’s full of hooks and plenty of guitar solos. The most important thing is that everything hits you all at once, feeling like it could all happen in a matter of seconds. This is the Naked Giants thesis statement...for now.