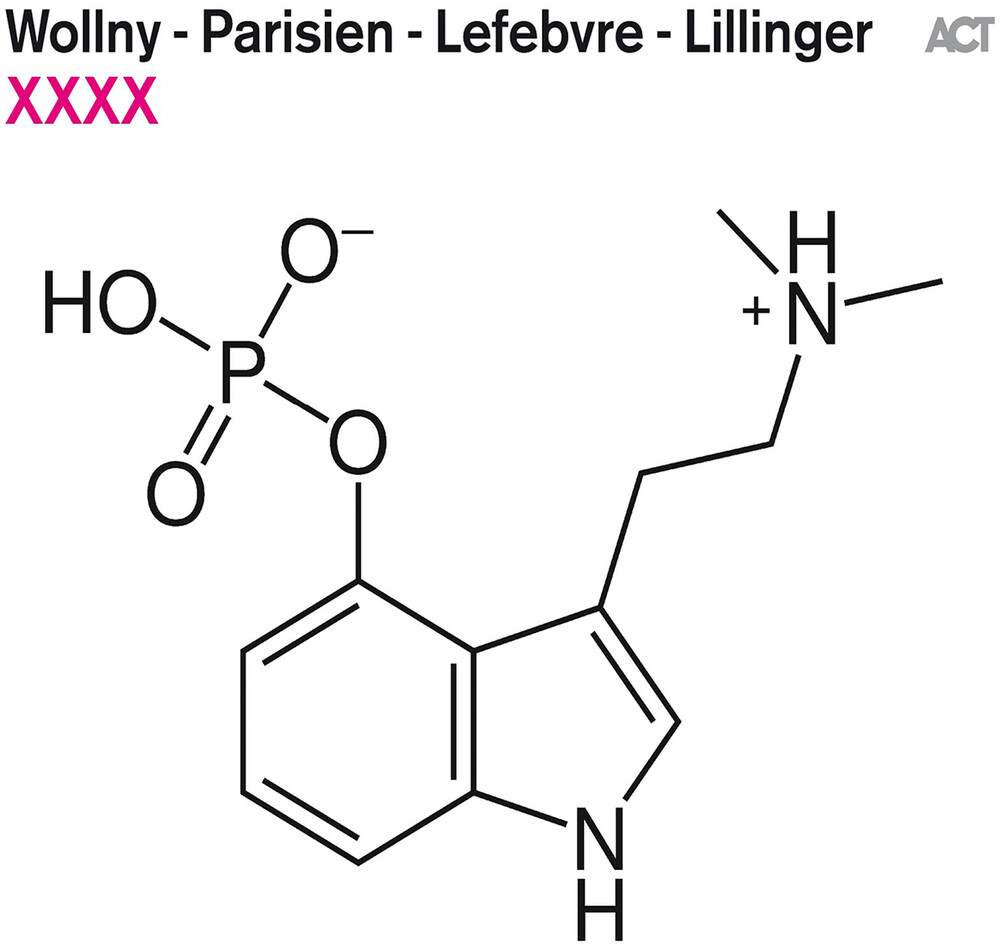 This story begins with just one sound, originating in the place which Berlin jazz people think of as their living room, the A-Trane. Back in December 2019, the club was host to four leading figures in today's improvised music scene, who turned this cozy space into their blank canvas, their research lab. In eight sets over four nights, piano phenomenon Michael Wollny, re-inventor of the soprano saxophone Emile Parisien, electric bass icon Tim Lefebvre, and that free spirit of the drum kit Christian Lillinger were given free rein. They had agreed beforehand, incidentally, that nothing should be composed, arranged or pre-planned. As a result, the music we hear doesn't fit into any category. We're in uncharted territory, so a good way to capture it's essence might be to break it down into it's four component parts. First there's Michael Wollny, here for the very first time playing only on electronic keyboard instruments. He creates a characterful world of retro-futuristic sounds that is very much his own. As for Tim Lefebvre, here is a musician who has plied his very great craft with stars such as David Bowie, the Tedeschi Trucks Band, John Mayer, Knower, Steely Dan, Elvis Costello and Wayne Krantz. Here he is like a rock in a tempestuous sea. He propels the music forward with a combination of bass and effects. He builds structures and tames unruly elements. The way he lays down a groove is overwhelming. As a counterbalance we find the explosive yet highly sensitive playing of drummer Christian Lillinger. He stacks layer upon layer of rhythms and textures. And the melodic lines of Emile Parisien on soprano saxophone always have an astonishing springy inventiveness. Such is Parisien's latent energy, it seems as if at any moment he could suddenly become airborne.