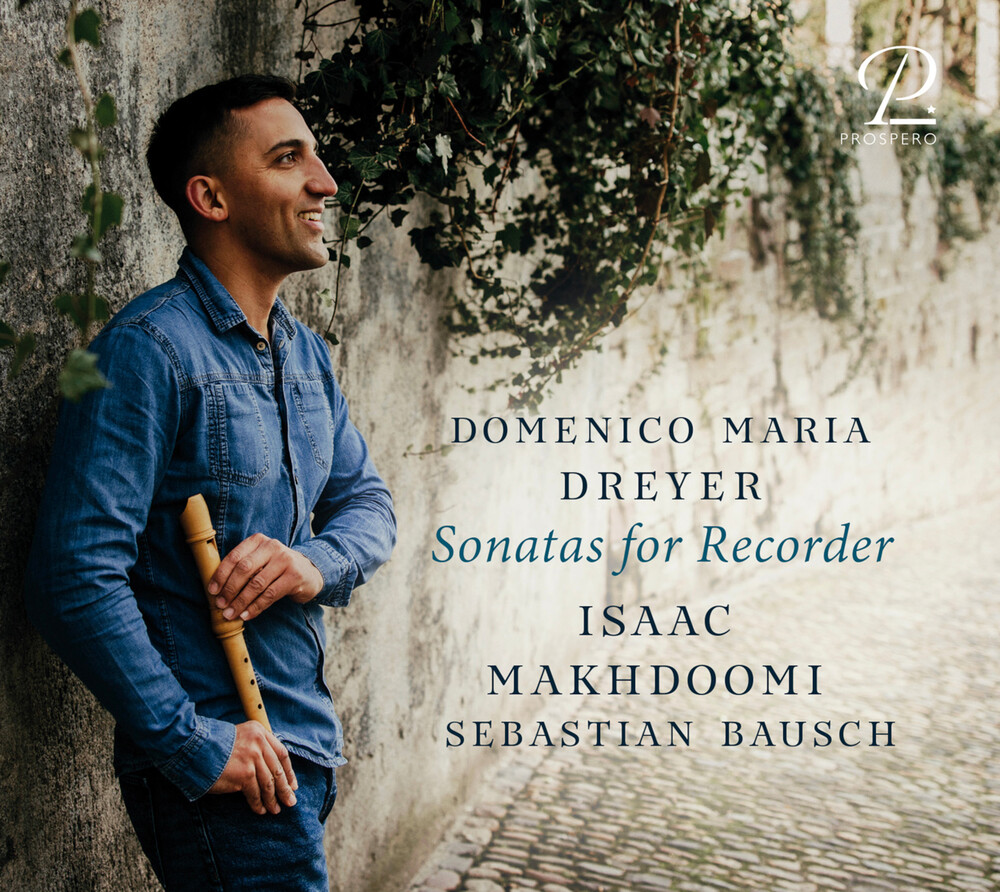 A veritable discovery from the Italian High Baroque. The flute sonatas by Domenico Maria Dreyer (ca. 1680 - ca. 1740), a contemporary of Antonio Vivaldi. The Swiss recorder player with an Indian background Isaac Makhdoomi will interpret them together with Sebastian Bausch on the harpsichord. In this integral compilation, the works are recorded on an album for the first time. Very little information has survived about Domenico Maria Dreyer. His life is closely linked to that of his younger brother, Giovanni Filippo Dreyer, a castrato, impresario and composer of operas. The two were active for a long time at the courts of Moscow and St. Petersburg, and later in Italy. Only six oboe sonatas and two recorder sonatas have survived from Dreyer's oeuvre. The oboe sonatas are excellently suited for adaptation on the alto or soprano recorder. This was quite common in the Baroque period, when works for wind instruments were repeatedly performed on the violin or on instruments from the same family. Dreyer's sonatas are of great musical beauty and stylistically belong to the Venetian High Baroque. They are believed to have been composed around 1725. Dreyer's teacher could be Ludovico Erdmann, a famous oboist who was active in Florence and Venice and who also maintained contact with Antonio Vivaldi there. This in turn suggests that Dreyer knew the works of the Italian and even consciously adopted Vivaldi's idiom in his sonatas. In addition, it can certainly be assumed that Dreyer also had contact with the greatest oboist of the time, Giuseppe Sammartini, and that Sammartini's music also left it's mark on Dreyer's works.