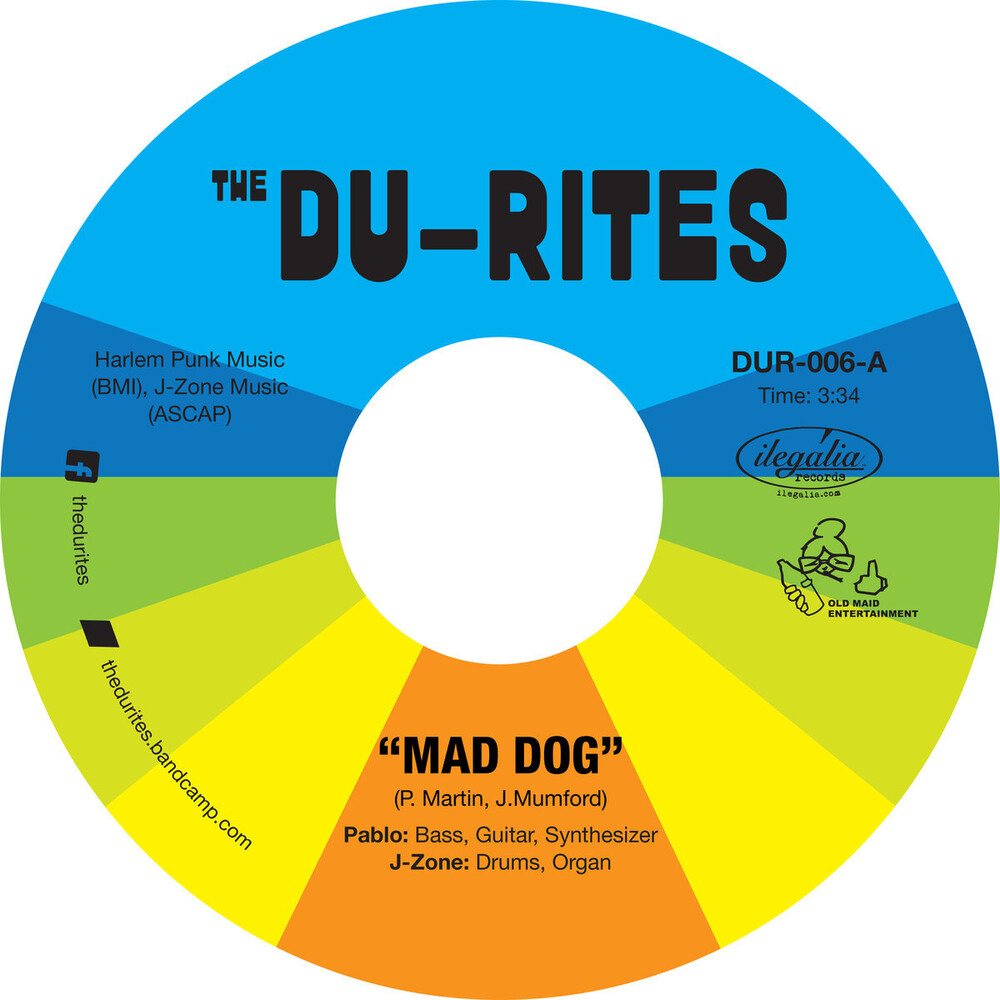 Fresh off the release of their first live album (and fourth overall), Soundcheck at 6, The Du-Rites waste no time getting back in the fold with two nasty sides of all new material. The latest 7" is a slight departure from the previous 7" ("Zodiac" b/w "Monster"). Where the personality of incidental vocals dominated that release, J-Zone & Pablo Martin split the difference this time and give us one half that and one half pure dynamite instrumental. The dynamite instrumental would be the A-Side, "Mad Dog". It starts with an off-the-wall, polyrhythmic drum solo, before gradually easing into an uptempo and somewhat unorthodox (yet still dance floor friendly) groove from J-Zone. The pocket goes deeper once the bass joins in, and the four car collision of distorted combo organs, analog synths, rolling tambourines and Pablo's turkey grease Blaxploitation guitars put a spooky Psychedelic spin on The Du-Rites' trademark brand of funk. Candid vocals and humor are also a part of The Du-Rites approach, and though the A-Side is strictly for the groovers and shakers, the flip has a little for everyone. Pablo's rolling funk bassline and honorary band member Bruce Martin's (no relation) congas anchor a mean and nasty mid-tempo cooker that's much heavier in feel than the A-Side. J-Zone's open hi-hat barks throughout play off the rest of the rhythm section for a lock so serious that the guitar and keys only need to leave a tip and the silly banter - a nod to both cheap fragrance and Kool & The Gang's 1970 classic, "Funky Man" - doesn't get in the way. The Du-Rites' goal is always to expand the boundaries of modern funk without losing the essence of what funk is about. This release stays true to code.