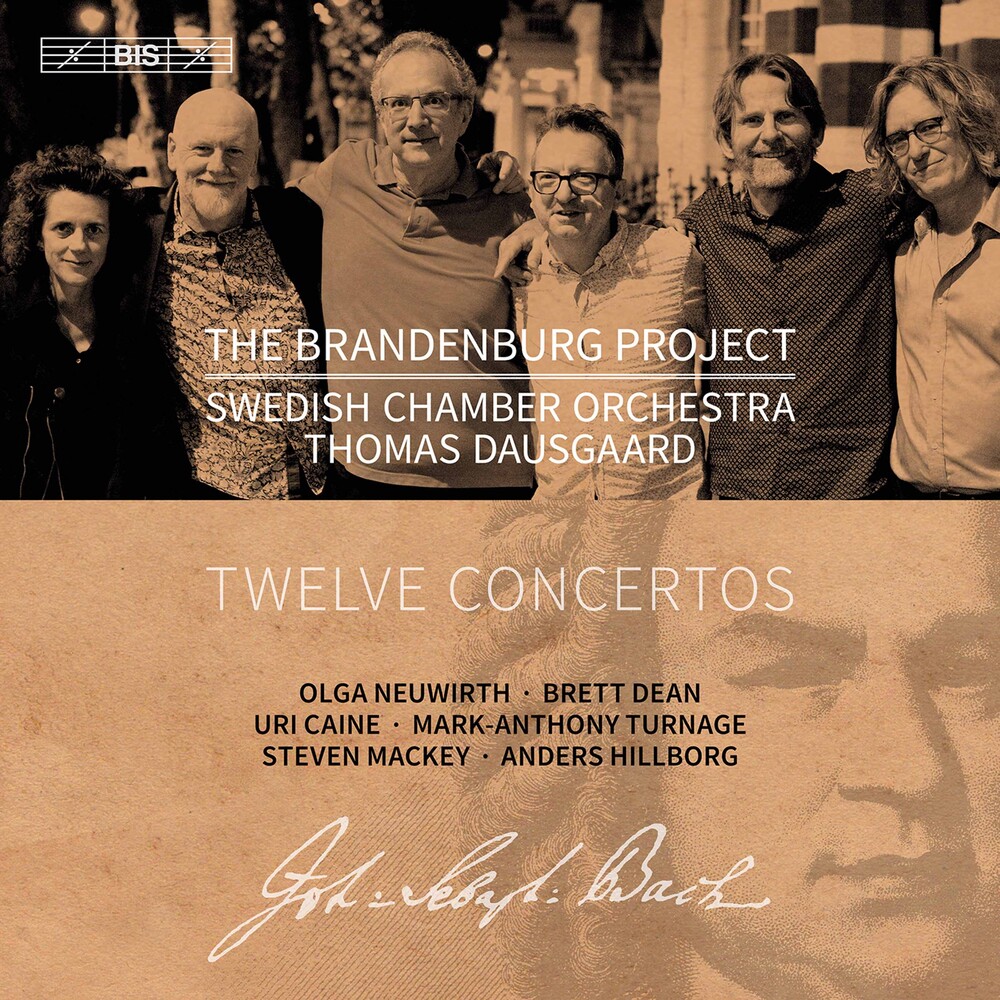 Along with Vivaldi's 'Seasons' or Beethoven's 'Fifth', Bach's Brandenburg Concertos belong to those works that are so well-known that we risk taking them for granted. In order to (re-)discover the special qualities that can inspire us today, in 2001 Thomas Dausgaard and the Swedish Chamber Orchestra decided to contact six contemporary composer, asking each of them to compose a companion piece to one of the concertos. Seventeen years later, in 2018, it was time to present the result, with a performance at the BBC Proms of all the works - new and old. Recorded over a period of 18 months leading up to this event, the present boxed set provides a unique opportunity to experience six very different musical minds and idioms entering into conversation with Bach: Mark-Anthony Turnage, Steven Mackey, Anders Hillborg, Olga Neuwirth, Uri Caine and Brett Dean. Bach's concertos are remarkable in that they are all scored for different instrumental combinations, and part of the brief to the group of composers was to reflect this. In her Aello, Olga Neuwirth has for instance used several 'instruments' to stand in for Bach's harpsichord, including a synthesizer, a milk frother and a typewriter. Brett Dean, on the other hand, has stayed very close to Bach's instrumentation, but has chosen to write his work as a preparation for Brandenburg Concerto No. 6 - an Approach to Bach's extremely tight canonic writing. In performing the twelve works the orchestra and Dausgaard are joined by leading soloists including Clare Chase, Mahan Esfahani, Håkan Hardenberger, Pekka Kuusisto and Tabea Zimmermann.