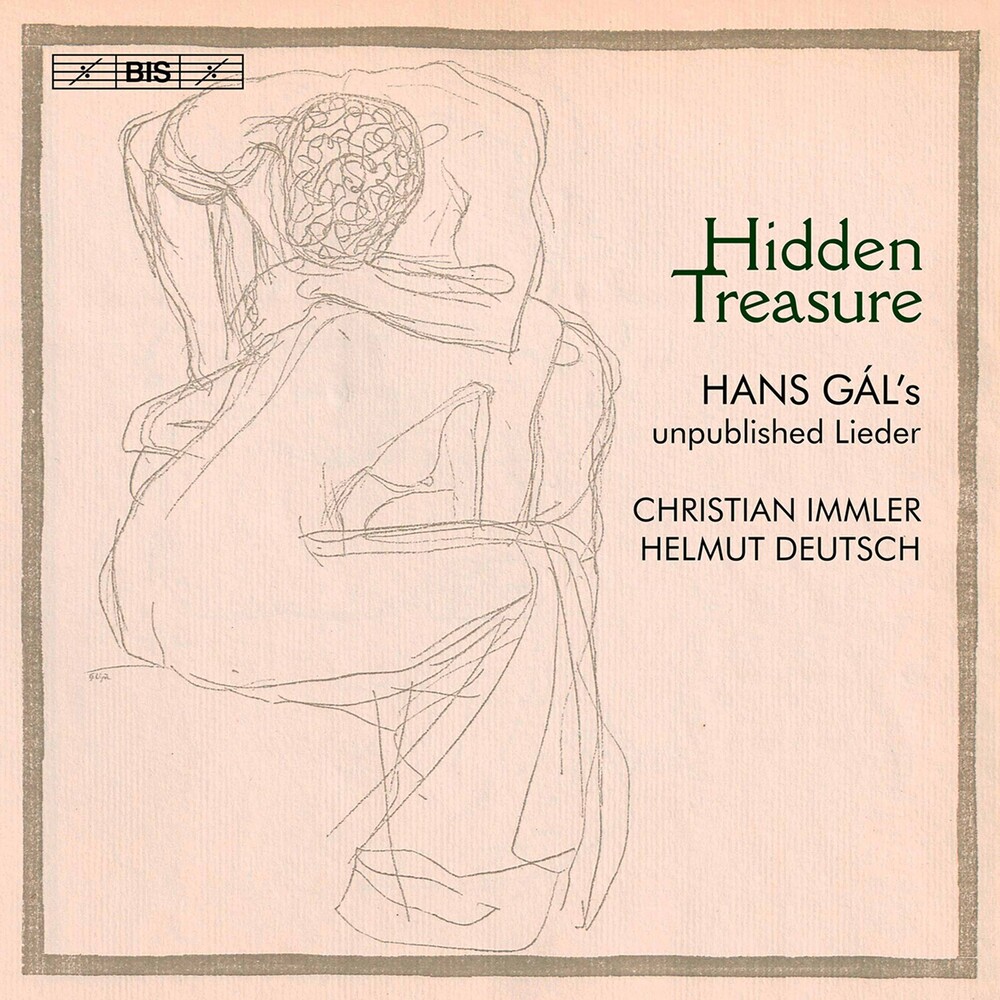 Growing up in Vienna, with it's great Lied tradition, Hans Gál had written about 100 songs before leaving secondary school. He later destroyed them, along with all his other works composed prior to 1910, but between 1910 and 1921 he wrote many more. Except for the five songs of Op. 33, these were never published, and Gál himself would later refer to them as 'laid aside'. Many of these songs were publicly performed at the time, however, often with the composer at the piano. Through the initiative of Christian Immler and Helmut Deutsch, 26 of the 'laid-aside' songs are now being made available to a modern audience. A labor of love for the performers, the project has had the support of the composer's family - in fact the recording was produced by Hans Gál's grandson, Simon Fox-Gál. The songs provide a missing link in Gál's creative development, and show him engaging with a wide variety of poets, extending back from the twelfth-century (Walther von der Vogelweide) to contemporaries, such as Hermann Hesse and Richard Dehmel, by way of the classics (Heine, Mörike). Reflecting a taste for the exotic which was fashionable at the time, the selection also includes settings of poems by Rabindranath Tagore. The performers close their recital with the Op. 33 set, the only songs that Hans Gál did publish during his long career.