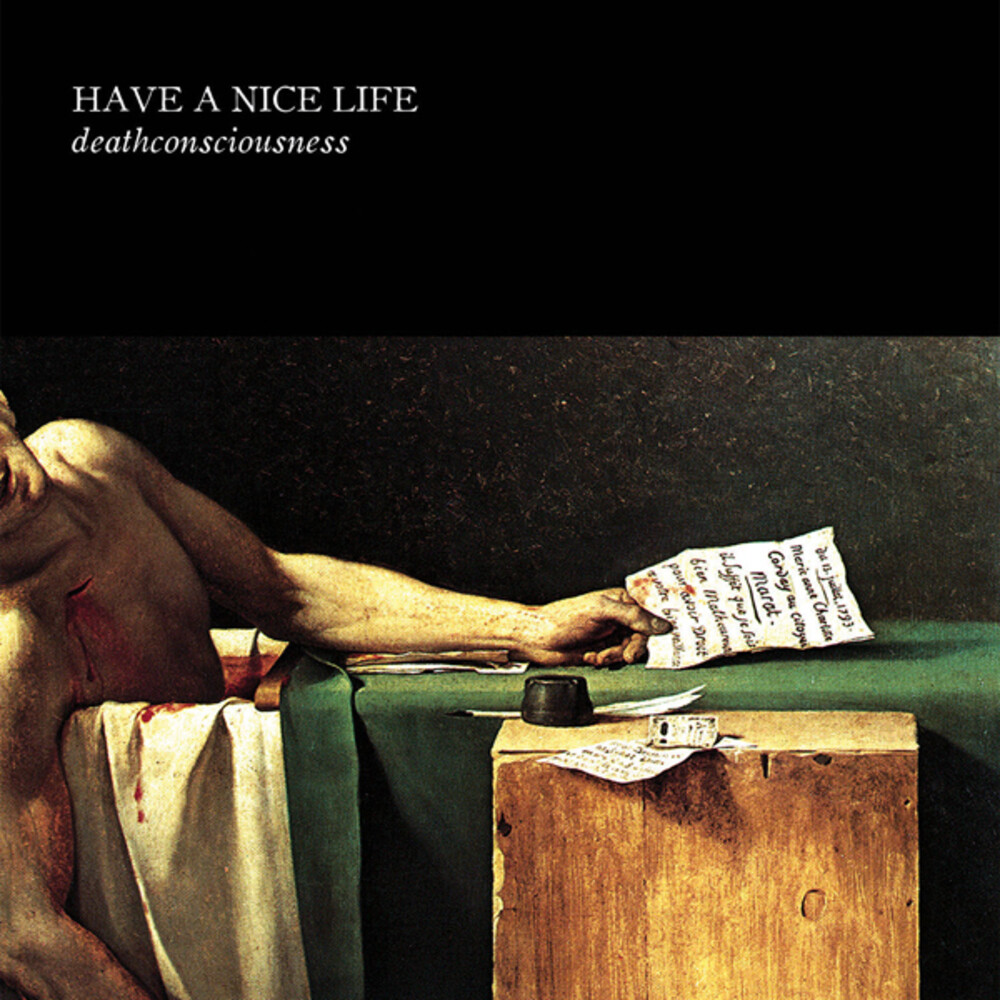 Deathconsciousness
Artist: Have A Nice Life
Format: CD
New: OUT OF STOCK. Contact us for availability.
Wish

In 2008, Have a Nice Life released their now cult classic Deathconsciousness album to a whimper and critical non-interest. Six years after it's release the band followed up with 2014's stunner The Unnatural World, and by then Deathconsciousness had become a force of influence and fanatic obsession. Seamlessly blending shoegaze, post punk, new wave, industrial and noise with unparalleled depth and weight, the album was originally released by Enemies List Home Recordings founded by HANL members Dan Barrett and Tim Macuga. Now, longtime HANL collaborator The Flenser will reissue Deathconsciousness on the long-requested CD format, with a deluxe packaging option, including the lengthy accompanying zine and housed in a heavy box. The 75-page booklet accompanying the deluxe format of Deathconsciousness details the dark and forgotten history of the Antiochean cult. Blurring the lines between novella, liner notes, and academic text, the zine itself presents an engrossing narrative. The corresponding album is rhythmic, primal and expansive, and is a gloomy-post-punk masterpiece-a mediation on death, loss and existence. It feels more fresh and engaging with every listen and has held up as a remarkable piece of art. Fans of Have a Nice Life exhibit both cultic thought and action for good reason-it is perhaps a fanbase as dark and mysterious as the Antiochean's, which the album itself revolves around.
back to top