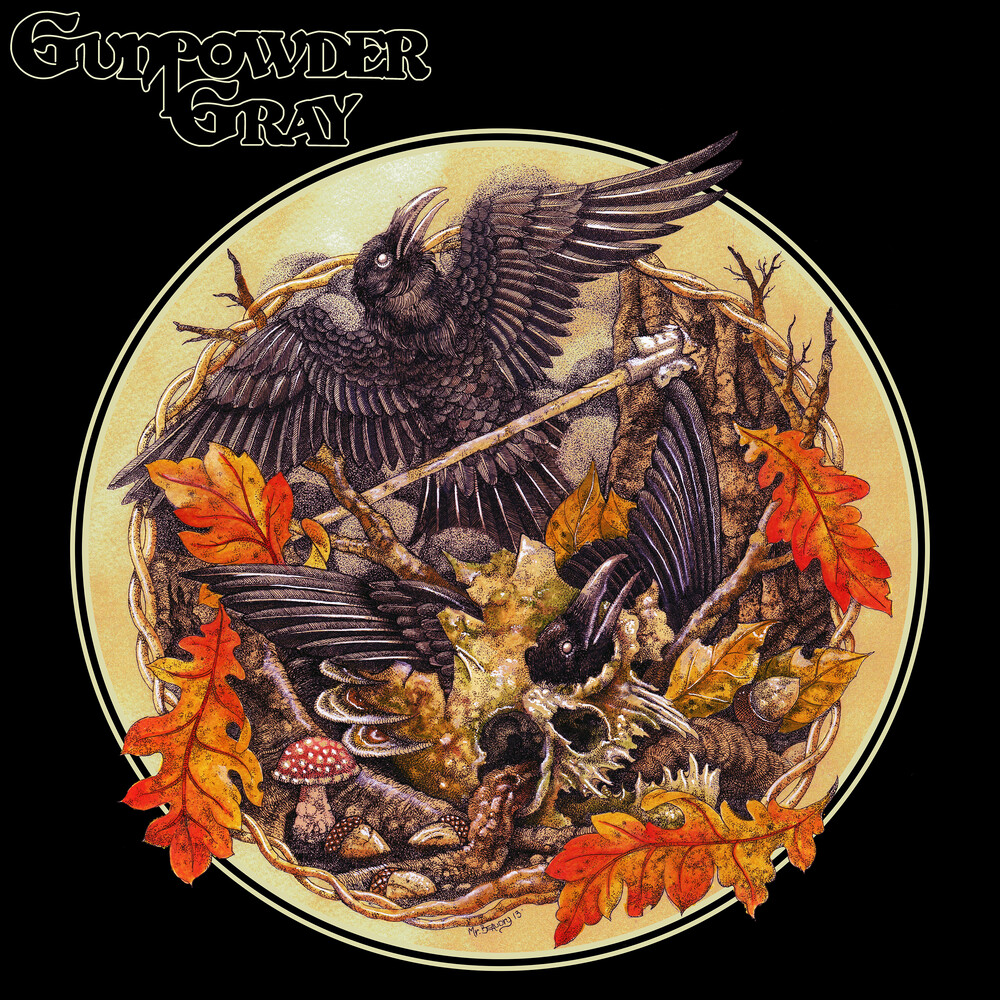 Recorded in 2013, this record documents the early lineup of the band. Featuring Sam Vaughan (Bass), Chris Heffernan (guitar and vocals), Biters drummer Joey O'Brien and Atlanta-based death metal grinders Disfigurement vocalist Nate Godbee and guitarist Adam Besserer. Gunpowder Gray deal a concentrated dose of rock and roll that is as potent as it gets. Massive guitar riffs harken back to an era when Marshall full-stacks were cranked up high and loudness was revered. Razor sharp hooks incite sing-along choruses within songs that are equal parts punk in aggression and heavy metal in sheer power that dig deep down to the roots of heavy rock and roll. "Gunpowder Gray are a sleazy metal band with punky attitude and a traditional metal influence, all of which enables the band to somehow ply together a Guns N' Roses style of scratchy swagger and blues-tinged rock that has a tendency to lean towards Black Sabbath... It's not often you hear a band nonchalantly and efficiently fuse together doom-laced rock with kick ass sleaze metal, both of which are sewn together with a traditional metal punch. This album is a nice surprise, and one that should wipe those blues away." - Metal Forces Magazine