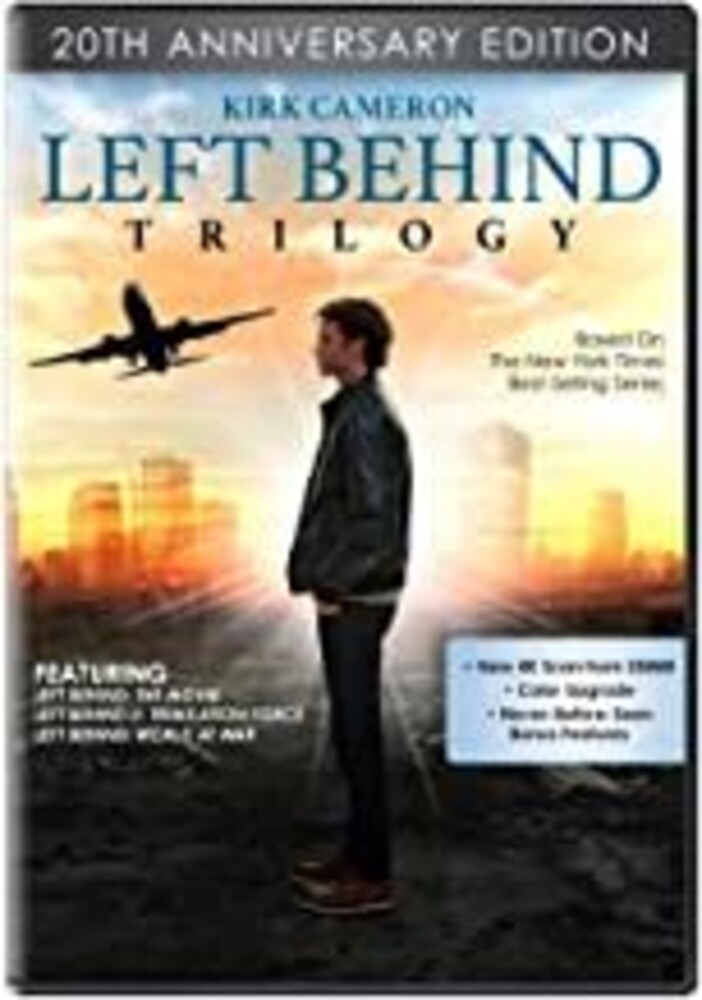 Two-disc set includes: Left Behind: The Movie (2000)In the blink of an eye, millions of people vanish from the face of the Earth. In the global chaos that follows, those who were "left behind," including an airline pilot whose wife and son are among the missing and a reporter investigating a conspiracy linked to an Israeli scientist's work, discover that these events are linked to Biblical prophecies foretelling the "end times." Based on the best-selling Christian book series, this thrilling drama stars Brad Johnson, Kirk Cameron, Chelsea Noble, Clarence Gilyard. 90 min. C/Rtg: NR Left Behind II: Tribulation Force (2002)The mayhem caused by the worldwide Rapture continues in this gripping sequel, as the people of the world place all their hope in the President of the United Nations. But a small group of crusaders, calling themselves the Tribulation Force, sets out to expose the man hailed as a savior to be the Antichrist. With Brad Johnson, Kirk Cameron, Chelsea Noble, Clarence Gilyard, Jr. 94 min. C/Rtg: NR Left Behind: World At War (2005)Eighteen months after the events in "Left Behind II: Tribulation Force," the planet is controlled by a self-described messiah and his unified one-world government. After surviving an assassination attempt, the President of the United States enlists the help of a journalist and a militia spy to stop the enigmatic global leader's plan of engulfing humanity in darkness. Kirk Cameron, Brad Johnson, Louis Gossett, Jr. Star. 95 min. C/Rtg: PG-13
back to top