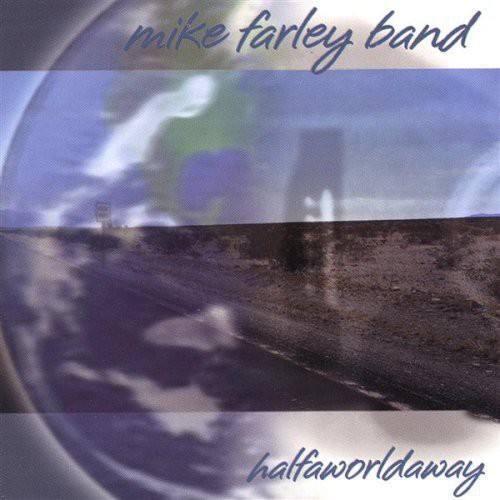 The Music The Mike Farley Band has the feel of all your favorite modern rock bands -- The Gin Blossoms, Big Head Todd, Better Than Ezra -- while being led by a powerful singer-songwriter ala David Gray and The Pat McGee Band. Quite simply, you will be humming these songs after one sitting with The Mike Farley Band. The Background Mike started playing in bands at age 14 in his native Long Island, where he was in the bands Stratomatics and ONQ. While still living in NY Mike studied voice with Katie Agresta, who has taught Jon Bon Jovi, Cyndi Lauper, Annie Lennox, Phoebe Snow, Paul Simon, Joe Jackson and countless others. Mike released his first solo CD in 1997, Right This Time, second in 1999, On the Edge of Somewhere (which was JPFolks album of the year in 2000) and of course the current halfaworldaway in 2000. His influences include: Counting Crows, Better Than Ezra, Goo Goo Dolls, Toad the Wet Sprocket, Bryan Adams, Jon Bon Jovi. The Word 'They are songs that sound instantly familiar, like the guy who looks like a high-school pal you can't quite place or the new jeans that feel like you've worn them for years.' - The Akron Beacon Journal 'Yes. Songs. Hooks. Introspection. Those are the things that Mike Farley offers. If you can appreciate real songs about real people, you will have a tough time taking this out of your CD player. It is still firmly lodged in mine.' - The Village Buzz 'This [halfaworldaway] is a great album!' - Mike Wall, KMXT The Halls The Mike Farley has performed in notable halls such as: The Odeon (Cleveland, OH), The Agora (Cleveland, OH), Blossom Music Center (Cleveland, OH), Bogart's (Cincinnati, OH), Nautica Pavilion (Cleveland, OH), The Akron Aero's Stadium (Akron, OH), Tops Great American Rib Cookoff (Cleveland, OH), Shooter's (Cleveland, OH), The Rock & Roll Hall of Fame (Cleveland, OH), and The Blind Pig (Ann Arbor, MI). Opening for acts such as: Weird Al Yankovic, 10,000 Maniacs, Kina, The Nixons, The Dave Matthews Band, The Pretenders, Donnie Iris, Edwin McCain, Jewel, Rusted Root, The Red Elvises, Mike Plume Band, G. Love and Special Sauce and Beth Hart.