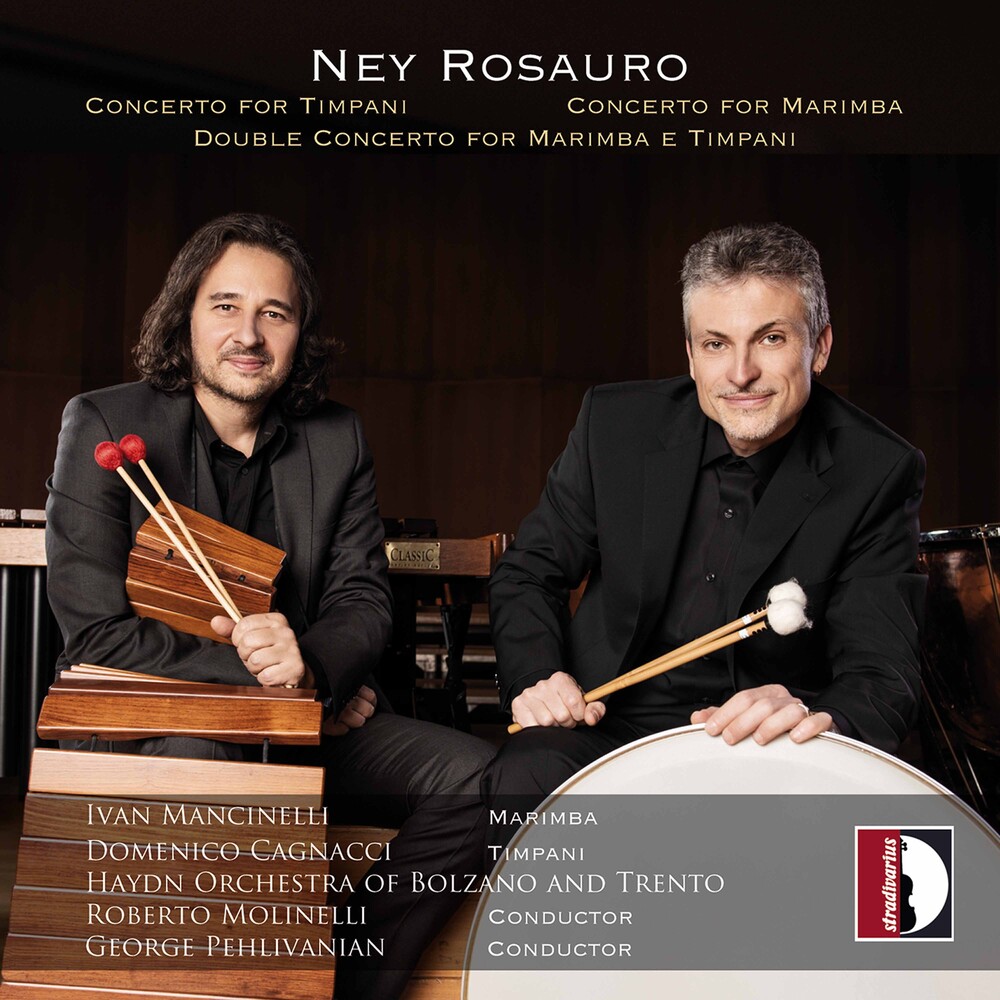 The idea for this recording was born at the meeting of two Italian musicians. Ivan Mancinelli, a distinguished percussionist and Domenico Cagnacci, timpanist for the Haydn Orchestra of Bolzano and Trento, celebrate their mutual passion for the music of Ney Rosauro, a top-notch performing artist and composer of international ranking. Rosauro's catalogue features two absolute "classics": the Concerto for Marimba No. 1 Op 34, which originated in 1986, and the Concerto for Timpani Op. 37, composed in 2003. Mancinelli and Cagnacci came up with the idea of adding another masterpiece to the sizeable catalogue of Rosauro's compositions for percussion and orchestra. Accordingly, they proposed the concept of a score that would include both marimba as well as timpani, to the Haydn Orchestra. The orchestra board did not hesitate to add the Double Concerto for Marimba and Timpani to the long list of commissioned works, following a tradition they have cherished for more than sixty years as a renowned cultural institution. The concerto was written by Ney Rosauro during the first months of 2017 and saw it's world premiere in the performance on June 5, 2018 at Bolzano, with Mancinelli and Cagnacci as soloists and George Pehlivanian as conductor. A live recording was made of the hugely successful premiere, which again gave birth to the idea of adding two more popular compositions for solo instruments and a lean version for string orchestra to this monumental recording.