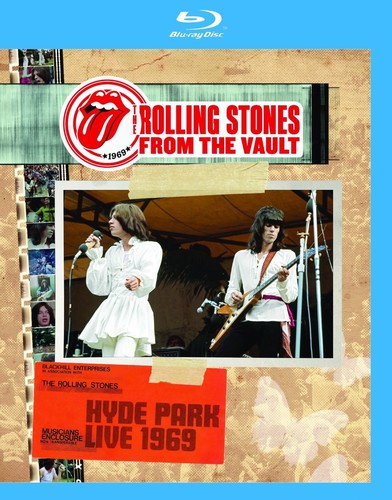 `From The Vault` is a series of live concerts from The Rolling Stones archive which are getting their first official release. `Hyde Park 1969` is the latest addition to the series. It was one of the most highly anticipated gigs of 1969 and it delivered on all the promise and then some. On July 5, 1969, the Rolling Stones hosted their iconic free concert in London`s Hyde Park.

Having taken two years off from the road, the show was conceived as the beginning of the band s big return to the live stage. It was also planned as an introduction of their hot new guitar player, Mick Taylor. The former disciple of British blues legend John Mayall had been inducted into the Stones just a month prior.

Over 400,000 delirious fans of all ages gathered into the park for the concert. The Stones` concert in London's Hyde Park would pay homage to the late Brian Jones and usher in the new and extraordinary era of Mick Taylor (1969-74).