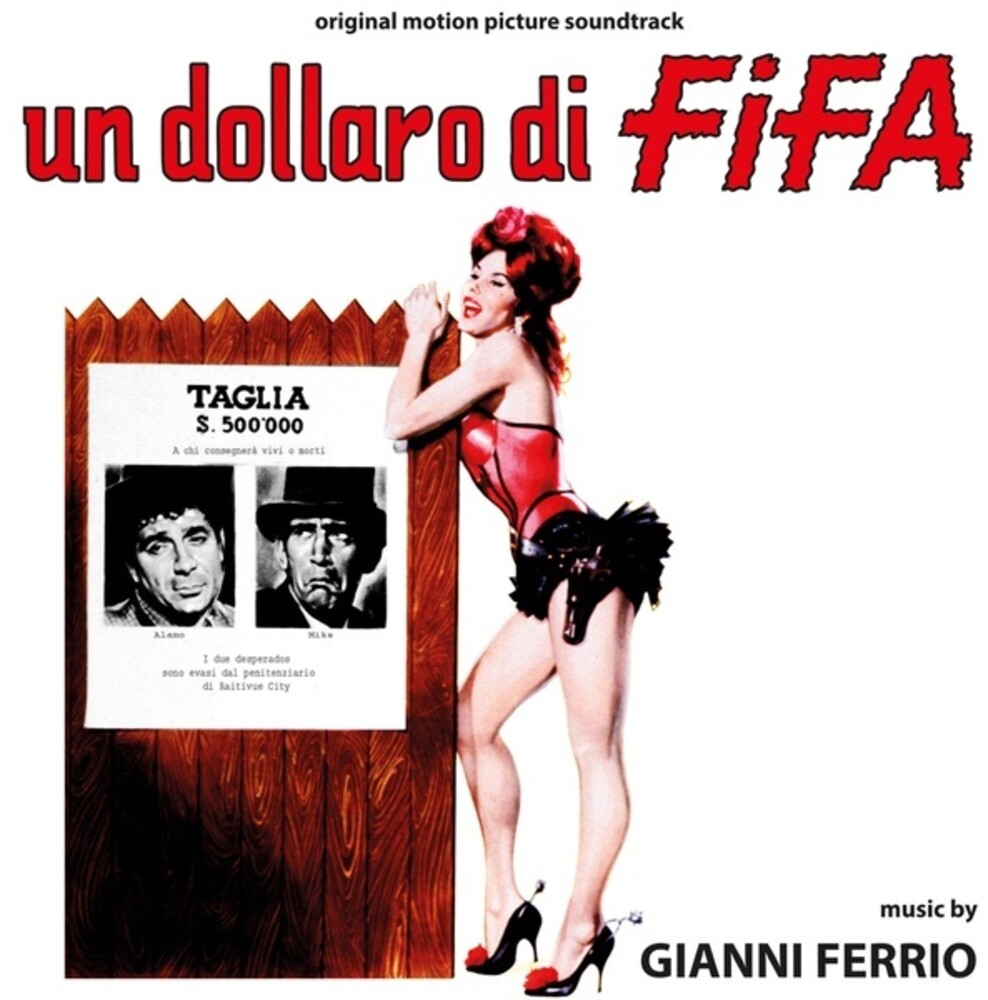 Digitmovies release the complete edition CD of the original soundtrack by Gianni Ferrio for the spaghetti western A Dollar of Fear (original title: Un Dollaro Si Fifa). The Italian-style western, or spaghetti western, officially originated with the famous Dollar trilogy by Sergio Leone, even though it was Gunfight at Red Sands (aka Gringo) by Mario Caian which inaugurated the genre in Italy in 1963. With A Dollar of Fear the series started in 1960, although this film was just a comical parody of the worldwide success of Rio Bravo, directed by Howard Hawks in 1959. The Digitmovies producers used the title Un Dollaro Di Fifa which plays on the Italian title Un Dollaro d'Onore (Rio Bravo in the US). Gianni Ferrio composed a brilliant orchestral soundtrack with epic, action and romantic passages alternating with a pleasant saloon song with a female voice and songs with mixed choirs. For this CD, Digitmovies were able to use the mono master tapes of the original recording session. This CD is definitely a rarity for fans of spaghetti westerns.