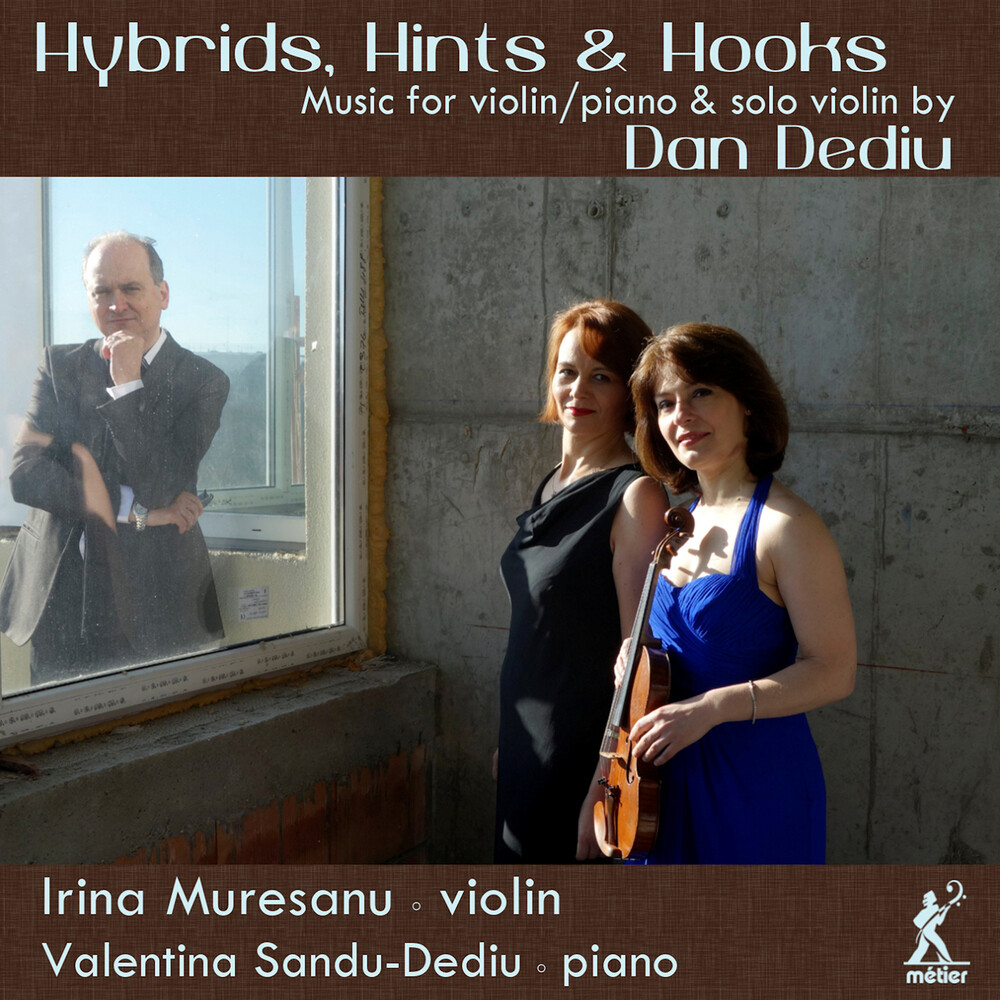 Dan Dediu (b. 1967) is a Romanian composer whose genius and imagination remain to be fully acknowledged outside his homeland. As violinist Muresanu says, "Dan Dediu is a musical wizard who conjures styles and ideas from different eras, molding them into a cohesive musical discourse that is unmistakably his own." The composer uses a process he calls 'hybridisation', taking existing music and combining pieces and transforming the result into a totally new and individual work. The most explicit example here is the 'SonatOpera' Don Giovanni/Juan, combining elements from Mozart and Strauss. But this is only one of the techniques used by Dediu to create his special and magical soundworld which is of today yet will appeal to a wide audience. The SonatOpera and A Mythological Bestiary were both written for and premiered by the current performers. Violinist Irina Muresanu is a brilliant virtuoso with a singing and lyrical tone; for the last few years she has taught at the University of Maryland and is currently relocating to Paris. She has been described as 'irresistible' (Boston Globe) and she is a dedicated champion of contemporary music with a substantial discography and founded the solo violin project 'Four Strings Around the World'. Pianist Valentina Sandu-Dediu is also an accomplished musician but even better known internationally as a well-published musicologist and musical historian.
back to top