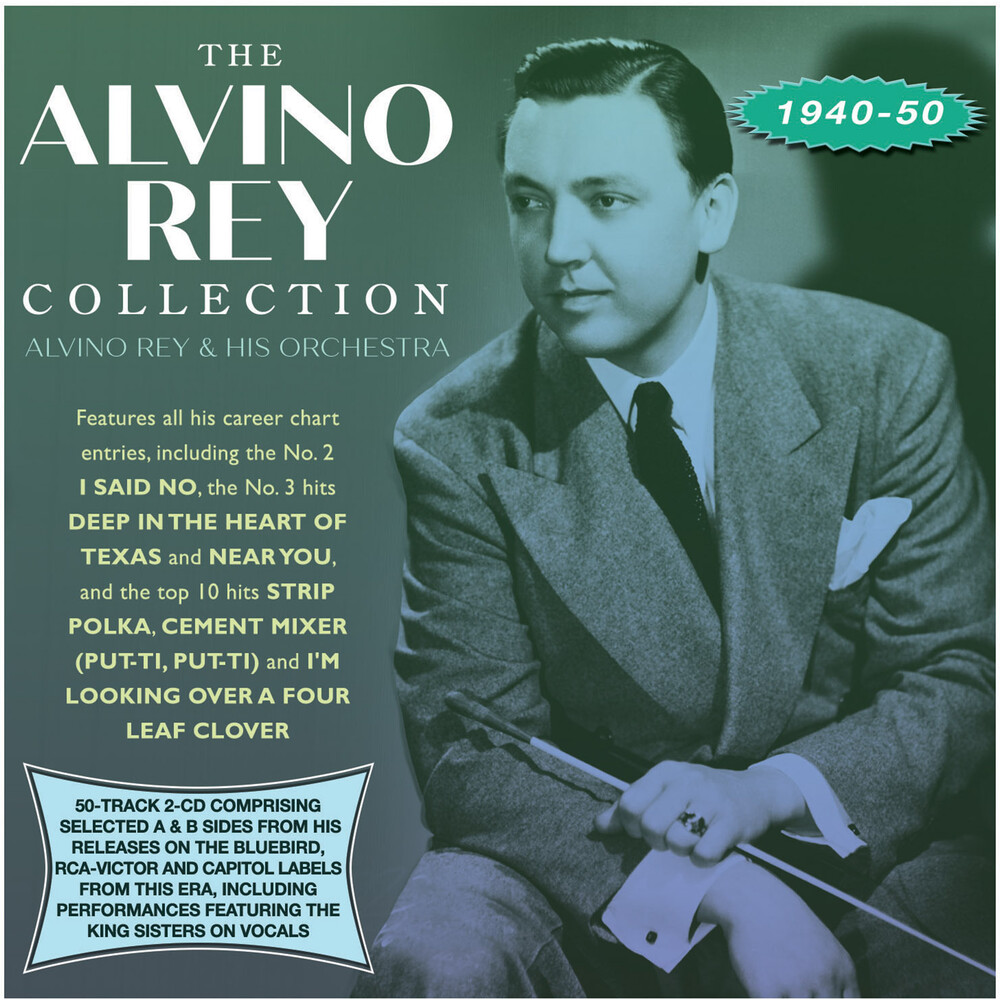 Born Alvin McBurney in California in 1908, guitarist Alvino Rey played with the orchestras of Ev Jones and Phil Spitalny during the 1930s, changing his name to take advantage of the popularity of Latin music in New York, where he was working. He came to prominence playing pedal steel guitar with Horace Heidt's Musical Knights in the late' 30s, and having married Louise King of The King Sisters, launched his own band in 1939 with The King Sisters providing vocals. Based at radio KHJ in Hollywood, he recorded for Bluebird and had his first hit in 1941. This great-value 50-track 2-CD set comprising selected A & B sides from his releases on the Bluebird, RCA-Victor and Capitol labels from this era, including performances featuring The King Sisters, or individual members of the group, on vocals. Features all his nine career chart entries, including the No. 2 I Said No, the No. 3 hits Deep In The Heart Of Texas and Near You, and the top 10 hits Strip Polka, Cement Mixer (Put-Ti, Put-Ti) and I'm Looking Over a Four Leaf Clover. Many of the recordings naturally provide a showcase for different aspects of his virtuoso skill as a guitarist, but they also range across the spectrum of Latin, middle-of-the-road, big band and novelty pop, offering a rather different slant on the pop music of the 1940s from that typified by the mainstream sweet orchestras of the era.