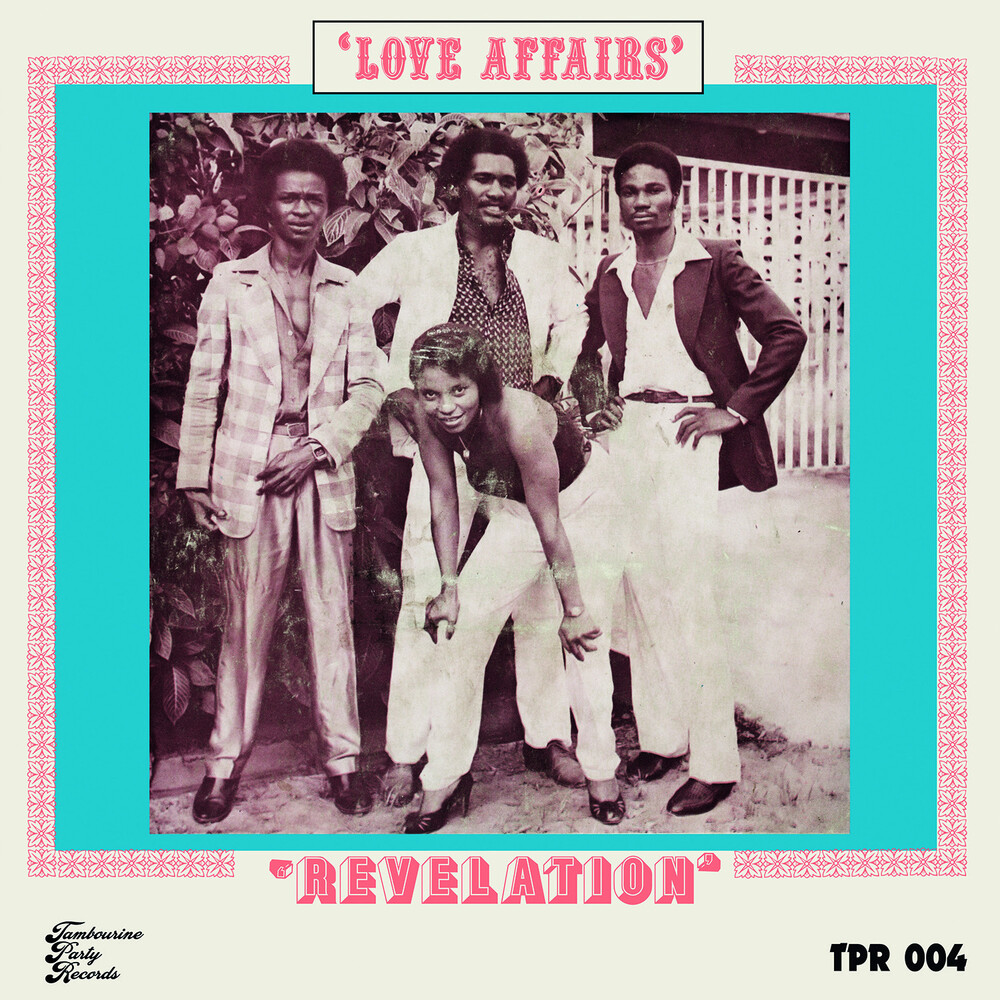 Deep and wicked West African Disco ultra rarity (Recorded in Lagos, 1981) by the band of Cameroonian multi-instrumentalist, Francis Mbilong... Don't sleep on this winner!Born in 1952 in YaoundĂŠ, Cameroon, Francis Mbilong, would go on to lead an exciting and diverse career all across West-Africa. From a very young age at the behest of a family friend, Francis studied harmonium, clarinet, saxophone, and many other instruments. He would eventually funnel most of his talent into the guitar, on which he would write the majority of his body of work. After releasing several recordings under myriad band names during the 1970s, Francis went on to form his longest-standing outfit, Revelation; a name under which he has released recordings as recently as 2020.At the time of the release of Love Affairs by Revelation in 1981, Mbilong would spend most of his time gigging in a club called Phoenicia in Lagos, Nigeria. He preferred the ambiance of a luxury night club to the regular clubs in Lagos, and gigging there afforded him the privilege of sitting in on jam sessions when acts like Kool & The Gang, or Bob Marley were in town. Altogether his career was storied and multitudinous and was made possible by his immense talent as a musician.Love Affairs contains within it's seven tracks, a heady, deep, soulful approach to boogie that is seldom tapped by other recordings of it's time. Mbilong's careful and disciplined approach to songwriting sets this album in a tier elevated from the usual four-on-the-floor disco routine. Each song is more engaging than the last, and each pocket respectively deeper. Revelation serves a familiar live-off-the-floor energy with the precision and soulfulness of a group of musicians who are as comfortable with each other as they are talented. The infectious rhythms on this album are the stuff of earworms and dancing is mandatory.