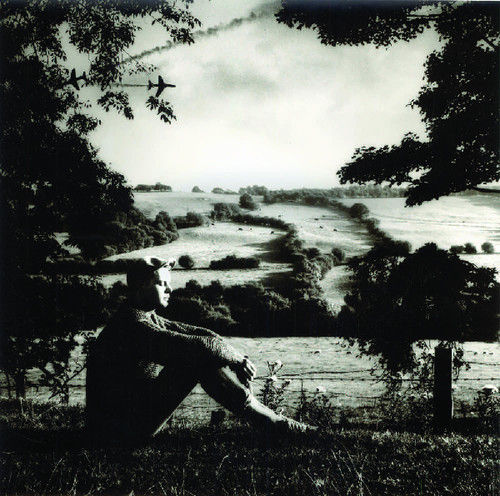 LP version. Glossy, printed gatefold sleeve; offset (matte) paper inner sleeve; includes booklet; Edition of 500. Upset The Rhythm present a reissue of Normil Hawaiians' What's Going On?, originally released in 1984. To Normil Hawaiians, getting out of lockstep with Thatcherism seemed imperative. Adding to an overriding sense of anxiety, close friend and band associate Martin Pawson took his life in July 1983. Following More Wealth Than Money, released on Illuminated Records in 1982, there was an impetus to make good on hard won achievements. Rehearsal and writing sessions resumed in the early months of 1983 at Intergalactic Arts Studios. IGA was a ramshackle, semi-residential rehearsal space. Illuminated Records had been sending artists to Foel Studios in Powys, Wales for years, and it had become a kind of refuge for the Hawaiians. Studio owner/manager Dave Anderson (Hawkwind/Amon Düül II) was welcoming, unruffled, and accommodating when around a dozen band members, friends, and family emerged from the "mini-peace convoy" of vehicles into the hazy, pastoral care of the warm, Welsh countryside. Whereas More Wealth Than Money had evolved in the recording studio, What's Going On began to develop as a more pre-meditated, albeit piecemeal work. "Quiet Village" and the unreleased "Outpost" had already been finished at Foel in February 1983. Recording Engineer Brian Snelling recalls how the Hawaiians approach to making the album was unconventional and spontaneous, reveling in chance and openness. Rehearsal tapes from IGA were played along to, and improvisations allowed to develop, with further layers of sound accreting (as can be heard on "Big Lies"). "Free Tibet" was created by the band playing together exploratively with Snelling waiting to hit "Record" until he heard that something interesting was coalescing. He recalls the sessions being initially unorthodox, but eventually settling into a friendly, productive, and very familial affair. Mixed tapes were then taken by Dave Andersen and Guy Smith to Charly Records' editing studio in London. Here they spliced the recordings into an irregular yet coherent, flowing work. Final masters were then EQ'd and cut by Graeme Durham at the newly opened Exchange Mastering Studios in Camden. And then nothing happened. Unbeknownst to the band, Illuminated Records were getting into deep financial problems. The label gave the band 250 copies, but the record shops wouldn't touch them - the company had been blacklisted. This intricate, challenging and engaging work had been failed by poor circumstance.