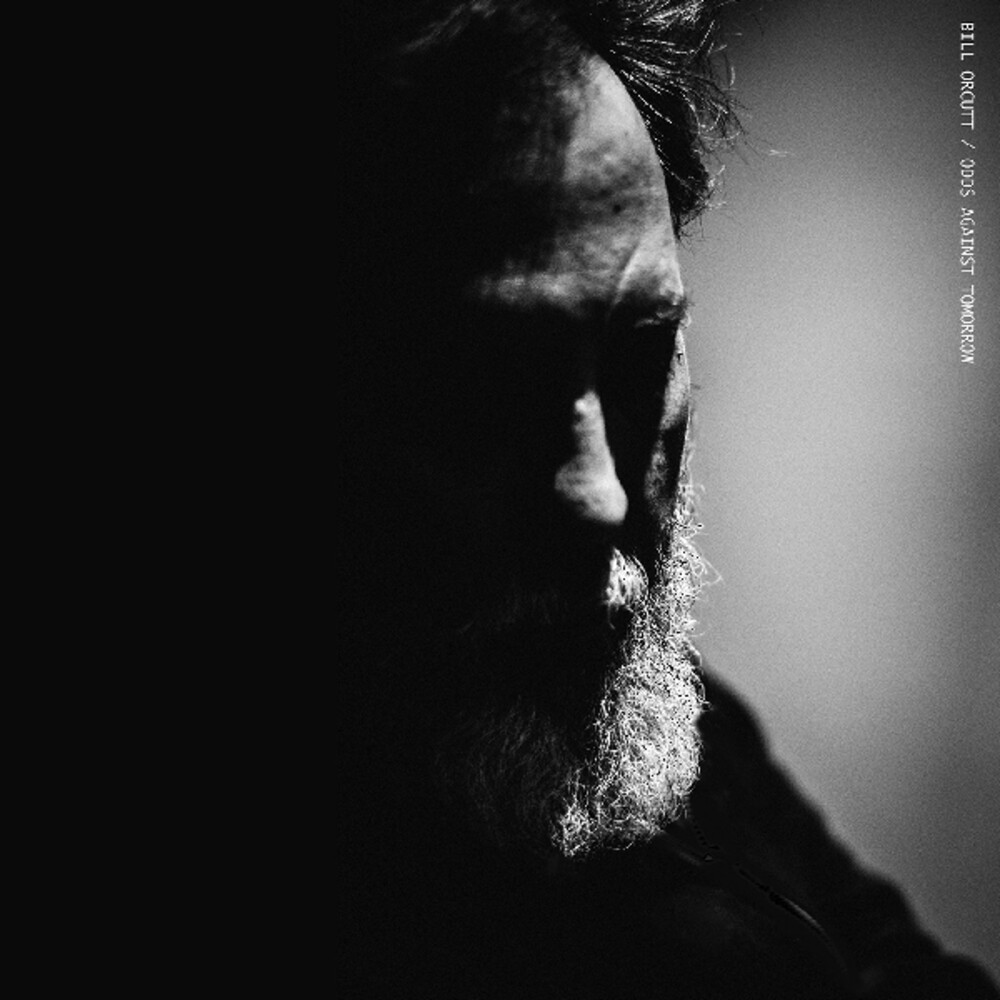 LP version. "After two LPs and over half a decade spent toiling in the margins of the American Songbook, Bill Orcutt returns to original composition and the blues with his latest LP, Odds Against Tomorrow. Taking it's title from Robert Wise's 1959 film noir, Odds Against Tomorrow retrofits familiar folk/blues forms to the unique sound of Orcutt's guitar and the result crackles with a freshness and authority that nostalgic retreads cannot deliver. Odds Against Tomorrow is more than an expansion of the territory charted by Bill Orcutt, his eponymous 2017 studio electric debut, although it's certainly that. With it's nods to existing musics, half-step fluctuations, and near-songwriter-ly manipulations of tension/release, Odds Against Tomorrow is a rock record - almost. Clearly and simply recorded through a clattering Fender Twin in Orcutt's living room and lovingly mixed by Bay Area neighbor and pedal-steel savant Chuck Johnson, no one would mistake it for any era's radio fodder, yet the precision of it's technique and the swaying Child-ballad logic of it's gentler improvisations comfortably seats it between John Mayall and Richard Thompson in your Ikea Kallax. Three songs ('Odds Against Tomorrow,' 'The Writhing Jar,' 'Already Old') are multi-tracked, an innovation that, for guitar buffs familiar with Orcutt's stripped-down vernacular, jumps out of the grooves like a Les Paul sound-on-sound excursion in 1948, or a Jandek blues rave-up in 1987. Specifically evoking John Lee Hooker's double-track experiments on 1952's 'Walking the Boogie,' the steady chord vamps of 'Odds Against Tomorrow' and 'Already Old' form a harmonic turf on which Orcutt solos with lyrical abandon... For the more 'contemporary-minded,' 'The Writhing Jar's crashing overdubs recall the brassy six-string voicings of This Heat or Illitch. With the exception of the unreconstructed Elmore James-isms of 'Stray Dog' and the 'Layla'-finale-like haze of 'All Your Buried Corpses Begin To Speak,' the remaining non-overdubbed tracks dovetail snugly with Orcutt's previous solo output, reeling gently in a Mazzacane-oid mode or vibing up the standards ('Moon River'). On their own, these tracks would still be an important contribution to Orcutt's canon. As part of Odds Against Tomorrow's greater whole, they provide a through line, connecting the idiosyncrasies of Orcutt's past explorations with the scrambled tropes of his present work. Odds Against Tomorrow challenges contemporary solo guitar practice in a way that simultaneously nullifies hazy dreams of folk purity and establishes a new high-water mark for blues-rock reconstruction." -Tom Carter