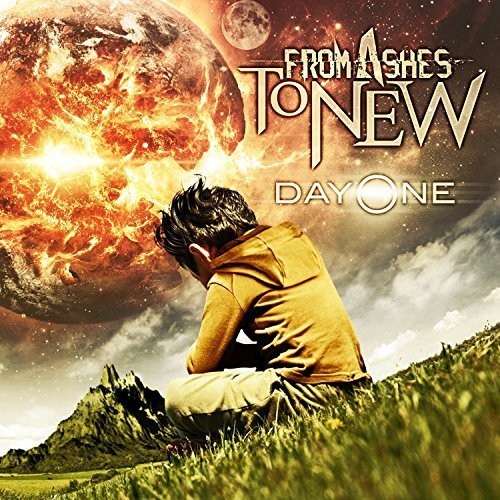 Vinyl LP pressing. From Ashes to New is a rap/rock band that hails from Central Pennsylvania where such greats as Live, Fuel, Halestorm, and August Burns Red have come before them. Some might say there is something in the water, but From Ashes to New is an amalgamation of decades of experience in the local scene come together in what can only be described as a "super group" of bands past. Each member grew up in the local scene and now years later they arrive together on this project which they believe is the pinnacle of the music aspirations they've been thriving for their whole lives. From Ashes to New is a six piece band that is produced, recorded and engineered by Grant McFarland of Atrium Audio in Lancaster, PA. Grant, an accomplished musician and producer in his own right, is regarded to be the seventh member of the band. While some attempt to compare the sound of From Ashes to New to other existing groups, after listening to their songs from front to back one cannot claim that they are quite like any other. The songwriting, melody composition, and complex drum/vocal rhythms of the songs speak for themselves with the lyrical content being nothing short of impressive. From Ashes to New's message in all of their songs is that positive inspiration can be derived from all negativity no matter how harrowing life's obstacles may feel. In a genre where negativity and despair seem to be in the forefront of most modern hard rock acts these days, From Ashes to New shines as one of few that stand out in that respect. With uplifting lyrics in the vein of self betterment, From Ashes to New looks to capture the attention of listeners from all walks of music. And that's exactly what their debut full-length, Day One, is bound to do!