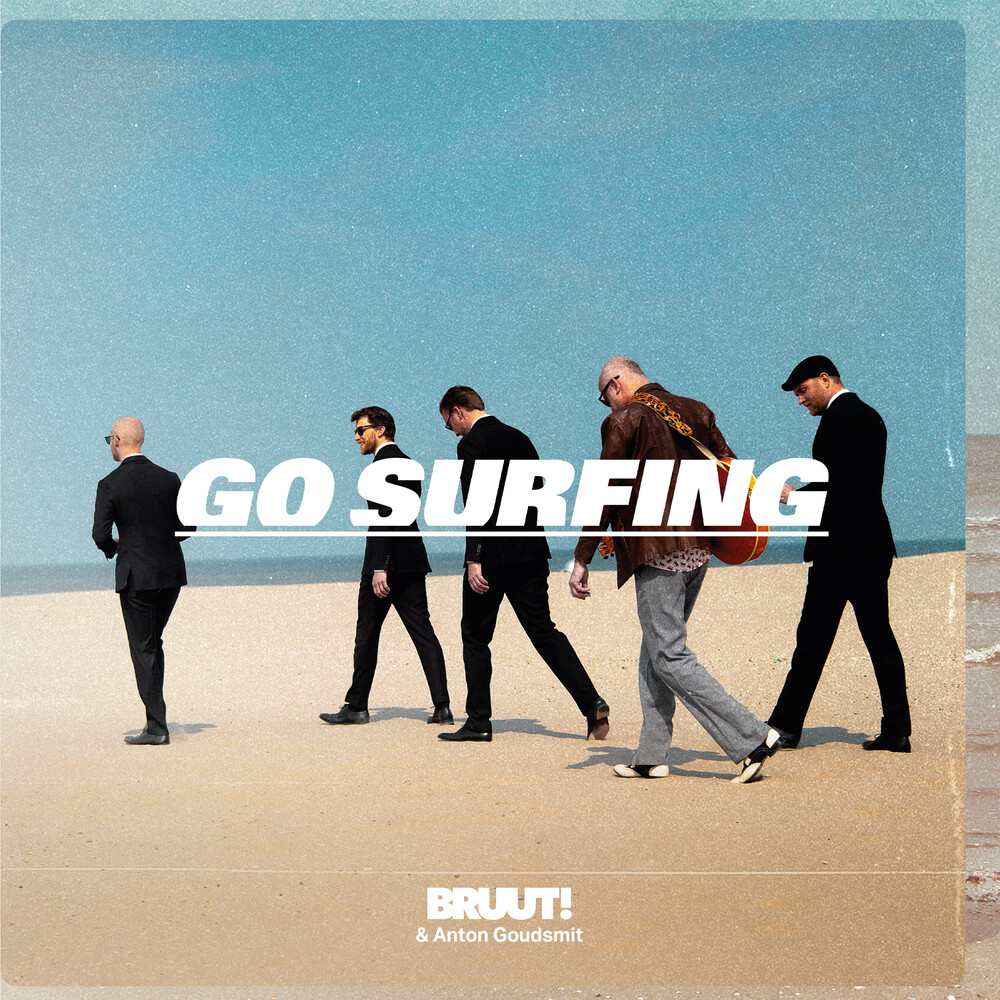 BRUUT! And Anton Goudsmit - Go Surfing. The five men dived into their grandparents' record cabinets and threw themselves into surf rock from the 60s. Hits by, among others, Dick Dale, The Beach Boys, The Ventures and Dolly Parton (Dolly Parton!?) Are dusted, thoroughly overhauled and made dirty again. The result is a muddy album that sounds like it could just be the soundtrack to Tarantino's tenth film. Goudsmit's breathtaking, finger-fast and virtuoso game gets even more energy through the wild band sound of BRUUT! Therefore it seems almost an impossible task for the listener to keep a low heart rate. In addition to surf era classics, the five have topped the track Tuyo - the title song of the Netflix series Narcos - with their rediscovered surf sound. They themselves wrote the blues-soaked song 'Brant!'BRUUT! #has been around since 2009 and has released five albums in 10 years, three of which were nominated for an Edison, Hollands most honorable music award. Their music brought them all over the world, from Nagasaki to the island Vlieland and from Burkina Faso to Russia. In 2016, they were selected as Best Dressed Band of the Netherlands by Esquire Magazine and in the same year they shared the stage with Wilfried de Jong during a theater tour. In addition, they built up a very good live reputation, which resulted in performances at, among many others, Into The Great Wide Open and the North Sea Jazz Festival.Anton Goudsmit, well respected jazz musician and winner of the VPRO Boy Edgar Prize 2010, is one of the most iconic guitarists in the Netherlands. He was a member of New Cool Collective for many years, played all over the world with his band The Ploctones and plays in the successful Estafest. His style is indescribable, since he seems at home in almost all genres ever invented by humanity.BRUTE! & Anton Goudsmit shared the stage together for the first time almost a decade ago and instantly knew that a record would be made together.